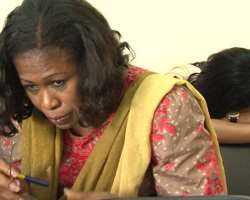 SAN FRANCISCO, May 31, (THEWILL) – The Economic and Financial Crimes Commission, EFCC, Friday arraigned the trio of Helyn Aninye, Chizobam Ben-Okafor and Pon-Specialised Services Limited before Justice Olasumbo Goodluck of the Federal Capital Territory High Court, Abuja on an 18-count charge of conspiracy to obtain money by false pretence from the Federal Government of Nigeria under the Petroleum Support Fund, a statement by the EFCC said.

The duo alongside their company were said to have conspired to obtain the sum of One Billion, Four Hundred and Thirteen Million, Five Hundred and Seven Thousand, Nine Hundred and Fifty One Naira and Fifty Kobo (N1, 413,507,951.50) from the Federal Government of Nigeria by falsely claiming that the sum represented subsidy accruing to Pon-Specialised Services Limited under the Petroleum Support Fund for the importation of 15,000 MT of Premium Motor Spirit.

One of the counts read, “That you Helyn Aninye “F”, Chizobam Ben-Okafor “F” and Pon-Specialised Services Limited on or about the 3rd day of March, 2011 at Abuja within the Jurisdiction of the High Court of the Federal Capital Territory, Abuja with intent to defraud did obtained the sum of One Billion, Four Hundred and Thirteen Million , Five Hundred and Seven Thousand, Nine Hundred and Fifty One Naira and Fifty Kobo Only (N1,413,507,951.50) from the Federal Government of Nigeria by falsely claiming that the sum represented subsidy accruing to Pon-Specialised Services Limited under the Petroleum Support Fund for the importation of 15,000MT of Premium Motor Spirit (PMS) which Pon-Specialised Services Limited claimed to have purchased from Vitol SA Bourgase Bulgaria and imported into Nigeria through the MT Fulmer (Mother Vessel), MT Cape Bradley (1st Daughter Vessel ), MT Aidin (2nd Daughter Vessel) and MT Dani 1(3rd Daughter Vessel) which pretence you knew to be false and thereby committed an offence punishable under Section 1(3) of the Advance Fee Fraud and Other Fraud Related Offences Act No. 14 of 2006.”


The accused persons pleaded not guilty to the charge when it was read to them.

Justice Goodluck granted the accused persons bail in the sum of N5 million each and two sureties in like sum. The sureties should be directors in a federal government ministry/parastatal or in a company established to the satisfaction of the court with a verifiable registered office within the Federal Capital Territory. The sureties must possess landed property and be resident within the jurisdiction of the court. They are also to deposit their international passport with the court registrar.

“My lord assuming there are offences to be disclosed, they have not in anyway been linked to the applicants, and these links must have a prima facie element to the accused persons,” he told the court.

Adebola Sobowale who was also held brief for Olisa Agbakoba, engaged the court with series of applications and motions, praying the court not to entertain the charge against the accused.

On the 30th of April, 2013, the defence counsel filed a motion praying the court to decline the prosecution leave to prefer charge against the accused persons and to strike out the 18 count charge on the grounds that the charge were incompetent. Also, on the 13th of May, 2013, the defendants filed another application praying the court to stay further proceedings on the matter and to quash the charge against them.

However, Justice Goodluck in her ruling stated that the applications were premature and ordered the accused persons to take their plea.