Amaechi, Others Will Soon Join Us – Jang 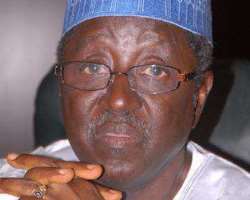 PLATEAU State governor, Jonah Jang, who is leading a faction of the Nigerian Governors' Forum (NGF) opposed to the leadership of Governor Rotimi Amaechi of Rivers State, on Thursday, said other governors opposed to his group would soon join him.

Jang, who stated this in Abuja, while inaugurating the new NGF secretariat operated by the faction, added that the governors had kicked off a reconciliation process, while he congratulated President Goodluck Jonathan on his two years in office.

Jang also said his group decided to set up the new office, to create a neutral ground for meetings of the NGF.

He also said all issues regarding the NGF should be referred to him as the chairman of the forum.

Bayelsa State governor, Henry Seriake Dickson, who also spoke at the inauguration of the secretariat, said the formatiom of the group was premised on the need to maintain the neutrality of the NGF.

He said with the emergence of Jang as the chairman of the forum, NGF would no longer be used as an opposition tool against the Federal Government, adding that the forum would also no longer be used for personal aggradisement and political ambition.

Also in attendance were deputy governors of Benue and Gombe states.

27 lawmakers restate loyalty to Amaechi
The leadership of the Rivers State House of Assembly has dispelled reports indicating that those opposed to Amaechi had succeeded in breaking its ranks and buy eight out of the 27 of its members over.

Dispelling the rumour on Thursday, the Speaker of the assembly, Otelemaba Dan-Amachree, said himself and the other 26 members supporting the state governor would never be part of any plot to impeach Amaechi.

According to the speaker, in a statement circulated and signed by his press secretary, Udede Jim-Opiki, he had checked on his other 26 colleagues and had obtained assurances that the report was untrue, while he called on the media to be wary of reports that could damage the public outlook of members of the legislature in the state.

The speaker also called on the people of the state to pray for the return of peace and normalcy to the ruling Peoples Democratic Party (PDP) in the state.