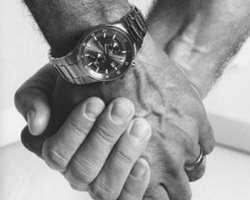 ABUJA, May 30, (THEWILL) – The House of Representatives on Thursday slammed a 14 years jail term for persons who contract same sex marriage in NIgeria.

The approval followed a clause-by-clause consideration of a "Bill for an Act to prohibit marriage or union entered between persons of same sex", at the Committee of the Whole.

It will be recalled that the Senate had earlier approved the Bill that would make same-sex marriages punishable by up to 14 years for the couple and 10 years for anyone abetting such unions in November 2011.

The House had warned that “Marriage or civil union entered between persons of same gender shall not be solemnised in any place of worship, either church or mosque or any place in Nigeria.”

Leading debate on the Bill, chairman of the House Committee on Rules and Business, Hon. Albert Sam-Tsokwa ( PDP-Taraba), said the intention of the Bill is to achieve a far-reaching objective by outlawing same sex marriage and provide punishment for offenders.

Sam-Tsokwa noted that apart from the 14 years jail term, the Bill also set out a 10-year sentence for “any person who directly or indirectly makes public show of same-sex amorous relationships.’’

The Bill equally stipulates that “Any persons or group of persons that administers, witnesses, screen and shields the solemnisation of same sex marriage in Nigeria, on conviction, will be liable to 10 years imprisonment.’’

Meanwhile, House spokesman, Hon. Zakari Mohammed, on Thursday, dared countries and foreign donors not comfortable with the anti-gay law to keep their funds.

It will be recalled that the British Prime Minister, David Cameron, had warned that his country would consider withholding aids from countries that did not recognise gay rights.

Briefing the press after the sitting, Mohammed said Nigeria is a heterogenous country but with two main religions: Christianity and Islam, both of which, according to him, forbids gay marriage.

He said as representatives of the people, they were elected to make good laws for the development of the society and would not succumb to cheap blackmail.

He warned countries supporting same-sex marriage to "hold back their support and see whether God cannot do it for us. They can do whatever they want to do," he said.