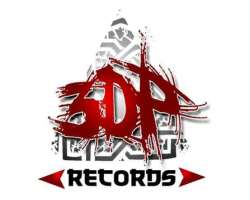 After just a week on social media, Ghana's new comers to the music industry 3D Pyramid Records have been tagged as 'GH Illuminate' group by some pundits in the game.

The ultra modern state of the art studios which is based in Cantonments, one of the rich suburbs in Accra is home to some of Ghana's bright stars including Derty InTheGame, who is seen as the GH Rick Ross with his image and rap style, also in the camp is Quabena SHY and Hype Lyrix, who has been mentioned as one of the best Hip Hop beat makers emerging from the country.

With their logo having the pyramid in it coupled with the slogan “Our Eyes on the Pyramid” being tagged in most of their updates, one can easily draw into conclusion where such a group is emanating from. Many have questioned the use of the pyramid which is associated with the illuminate society and 3D Pyramid seems not disturbed about the outcry of the people.

Never the less, 3D Pyramid Records/Studio is set to take the Ghanaian music industry to the next level, close to sources to the camp revels, the group is looking forward to outdo ring their major artiste DERTY & Quabena SHY in the coming month with one of the biggest tunes to hit Africa this year, whiles they are looking forward to other major collaborations with the big shots in GH, Nigeria, South Africa and a surprise collaboration from the US and Jamaica all dropping before the year ends.

Our sources have confirmed artiste including Guru, Samini, Pop Skinny, Wutah Kobby, and Weird MC are among the first shots done with some records from the 3D Pyramid camp. In the coming months, don't be surprised to see full promotional activities from the camp and also hit tunes which look certain from the looks of things.

We will be following the 3D Pyramid camp and bringing you all latest and reactions to these allegations, as we seek the truth.