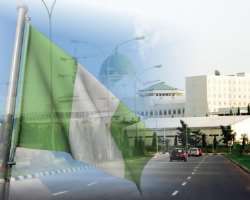 A sandal is not a shoe; a cap is not a turban

Last week's admonition was the parable of the cockroach and Nigeria, and this week I am almost tempted to have us reflect on that of Nigeria and the monkey. But not to worry I will spare us that title though I will still tell us the story.

First there's this story of management; A woman in a hot air balloon realized she was lost. She reduced altitude and spotted a man below.

She descended a bit more and shouted, "Excuse me, can you help me? I promised a friend I would meet him an hour ago but I don't know where I am."

The man below replied "You're in a hot air balloon hovering approximately 30 feet above the ground. You're between 40 and 41 degrees north latitude and between 59 and 60 degrees west longitude."

"You must be an engineer," said the balloonist. "I am", replied the man.

"How did you know?"
"Well, answered the balloonist, "everything you told me is technically correct, but I've no idea what to make of your information, and the fact is I'm still lost. Frankly, you've not been much help at all. If anything, you've delayed my trip even more."

The man below responded, "You must be in management."

"I am," replied the balloonist, "but how did you know?"

"Well," said the man, "You don't know where you are or where you're going. You have risen to where you are due to a large quantity of hot air. You made a promise which you've no idea how to keep, and you expect people beneath you to solve your problems?!!

The fact is you are in exactly the same position you were in before we met, but now, somehow, it's my fault."

And this is it, while we watched on the Governors' Forum soap. We all interchangeably played balloonist, engineer and manager. Promises of more megawatts while indeed half the entire nation was in darkness. And the governors entertained us.

In all the noise, we have grown deaf to the music within. I am not so concerned to all the noise emanating from UK over the soldier-killing-terrorist, but it sure hurts that as we celebrate another democracy day. We have made several intangible steps but much is left to desired in a nation where its all our fault.

While 35 grown men couldn't conduct an election to a worthless body, a few more thousands joined them in calculating the coordinates, longitudes and degrees of their failure by extension our collective faults.

I have watched the drama of baby factories in the East, and it is sad that you can't even call anyone inside Borno because of the SoE, a doctor to be was shot, an DSS officer shot, the military have lost men and the ordinary Nigerian is feasting on the problem of the other. Yet we are where we are.

Mr. President on one hand says he's working, opposition is walking and if I borrow Oby Ezekwesili's statistics 56 Million Illiterate Nigerians add the 10 million out-of-primary-school-going-age plus millions unemployed one begins to wonder.

The roads are being rebuilt, re-tarred, re-patched, potholes are filled but the accidents are on the increase, now we have kidnap colonies in Delta, Benin, Lagos-Ibadan axis.

Every week its Fulani herdsmen and unknown gunmen vs innocent citizens, so we content ourselves with the drama that the political class is willing to provide and behave like monkeys.

It may interest us to know statistically, in all the crisis point of Nigeria, an average 7 persons die every day, from Southern Kaduna, to Berom Land, Yobe to Adamawa, warring communities whether over oil in Kogi/Anambra or land in Ebonyi, this excludes cult wars in Bayelsa, robberies in Lagos, and area boys conflicts.

Now, put away the cold water. Remove one monkey from the cage and replace it with a new one. The new monkey sees the banana and wants to climb the stairs. To his surprise and horror, all of the other monkeys attack him. After another attempt and attack, he knows that if he tries to climb the stairs, he will be assaulted.

Next, remove another of the original five monkeys and replace it with a new one. The newcomer goes to the stairs and is attacked. The previous newcomer takes part in the punishment with enthusiasm!

Likewise, replace a third original monkey with a new one, then a fourth, then the fifth. Every time the newest monkey takes to the stairs, he is attacked. Most of the monkeys that are beating him have no idea why they were not permitted to climb the stairs or why they are participating in the beating of the newest monkey.

After replacing all the original monkeys, none of the remaining monkeys have ever been sprayed with cold water. Nevertheless, no monkey ever again approaches the stairs to try for the banana.

Why not?
Because as far as they know that's the way it's always been done around here.

We are celebrating a centenary rather than reflect the nation. A section of the nation is holding the other to ransom, faith against faith, Ombatse vs. bastards, we have gotten to that point where juju is stronger than bullet and yet proliferation of small arms everywhere. We are afraid to act differently.

When you see a palm tree, the palm tree has seen you. We have not seen the palm tree so the illusion sadly remains--are we ready to differentiate between a cap and turban, the score is 0-0, who wins--only time will tell.