WHY CHRISTIANITY NOT IN AFRIKA TO SAVE US 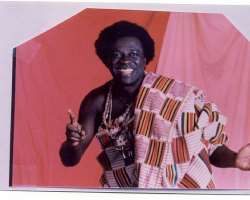 *Christianity is not in Afrika to save Afrika , Otherwise, it would have saved those who have brought it to us long ago.

*Christianity is not in Afrika to save Afrika Otherwise, those who brought it to us would have kept it away from us as their top Secret for their Benefit only .

*Christianity is not in Afrika to save Afrika Otherwise , they would not have brought it to us in the first place .

*Everything/Anything they consider indispensable to their national interests they never share with anybody .

*Christianity was brought to us Afrikans because it is nothing but their religious Left-over, Surplus and Crumbs which they only give away.

*Christianity as their Leftover can therefore never be Afrika's Religious LOAF to save us from their religious crumbs.

*Christianity is not in Afrika to save Afrika because those who brought it to us were never Christian or Christ-like but over-zealous and faithful Agents in the service of Foreign Conquest, Domination and Control of the Richest Continent on earth .

buy, sell, own, conquer, colonize, dominate, control, use, abuse, civilize, enslave, emancipate, grant independence to, develop or do with us as they please with our full support in self-ignorance.

*Christianity programs Afrikans to accept its racist lie that it is Better than our Afrikan Religion from which it came in the first place and without which there would be no Christianity reigning today over the carcasses of our Afrikanity as the world's first Religion on Earth and Mother Religion of all our today's world religions .

*Christianity conditions Afrikans to believe its White Supremacist Lie that

it is superior to our own Afrikan Religion which was once, the

One and Only Universal Divine Religion of all Humanity in Afrika.

reward us to spit on our own Three Million Year old Continental AfrikaReligion of Afrikanity .

*Christianity is Anti-Afrikan for getting us die for its Genocide LIE that the AfrikaReligion of our Continental AfrikaSaints is nothing but pagan, fetish, stone, barbaric, archaic and inferior religion which it is not true but a big lie .

*Christianity is the religion of the slave and colonial masters kept alive in Afrika to destroy, replace and displace our AfrikaReligion at all cost and by any means necessary .

*Christianity imposes on Afrikans, alien definitions of Religion that robs them of all Knowledge of

their own Continental AfrikaDefinition of Religion .

*Christianity heaps on Afrikans, foreign concepts of Religion that glorify and sanctify Christianity as

vivify and demonize our AfrikaReligion of Afrikanity for us to turn our Back at.

*Christianity dumps on Afrikans, alien practices of religion that keep us totally ignorant of

the Power and Pride of our Sacred and Ancient AfrikaReligious practices of our Afrikan Saints .

*Christianity conditions Afrikans to accept and die for Alien religion of alien God , of alien Savior, alien ancestral saints, alien concept of heaven, alien Bible , alien faith, alien belief systems and doctrine that UPROOT and rob us of the Limitless Power, Benefits, Pride and Dignity of our own Creator AFRIKAMAWU inspired and based Ancient/Traditional Continental AfrikaReligion of Afrikanity under the Protection of our Continental AfrikaSaints and in Harmony with our Holy AfrikaSpirit through our own Holy AfrikaBible , Faith and Doctrine which alone are Destined to save all today's Continental/Diaspora Afrikans from their today's Hell of religious colonialism and ignorance which

we are programmed to hail as our Religion but which can never be but the religion of the oppressors.

*Christianity locks Afrikans up in the invisible hell of Foreign Religion which keeps them ignorant of and disconnects them from the Power of their Afrikanity while Afrikanity sets free Afrikans, in the Heaven of their own Continental AfrikaReligion of Afrikanity .

any Afrikan to prefer Christianity to Afrikanity is to prefer the Version to the Original, the Bones to the Meat or Hell to Heaven or Self-Ignorance to Self-Knowledge .