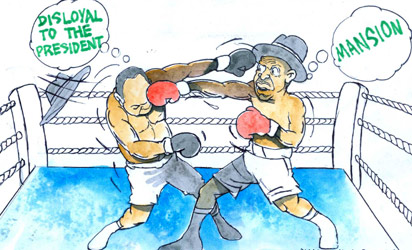 Mr. Amaechi won 19 votes from the 35 governors present, while Mr. Jang, a late entrant to the competition garnered 16 votes.  Gombe state governor was said to be absent during the election.