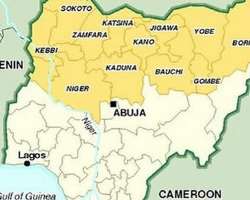 - By Paul Omoruyi
Lately, there has been so many 'elderly rascality' taking place in Nigeria. From Gabriel Igbinedion's complete disregard for the law of the land on election-day in Edo State to the recent preposterous and outlandish statements by Northern Elders Forum (NEF) regarding Nigeria's Government fight against Boko Haram, elderly rascality is on full display all over Nigeria.

Like the Governor of Edo State (Comrade Adams Oshiomhole), it is time for young Nigerians to end any form of allegiance or modicum of respect they have for these crooked elderly rascals. They have run out of ideas and have no solution to the myriad of problems bedeviling the Nigerian State. They have mortgaged our future for their momentary selfish interest and self-aggrandizement.

For more than three years now, Boko Haram has been freely marauding around the North; killing innocent Nigerians. A daily massacre that can only occur in failed states. Over these years, I was very concerned that President Jonathan has no inkling about the first responsibility of government - to protect the lives and properties of the citizens.

'When will Jonathan take control of the situation?' I kept asking. Even though I am a staunch critic of Jonathan's uninspiring government, I am of the opinion that he was overly patient with Boko Haram before declaring a State of Emergency.

It is interesting to know that why Boko Haram's carnage was taking place, the so-called NEF was not aggressively engaged with their community to end the violence. Instead, they selectively, reluctantly and sporadically make insipid inflammatory statements.

Until May 21, I did not know that Prof. Ango had true visibility into the degree of violence taking place. Now that the Nigeria Government has woken up to reality and taken decisive steps to stop the terrorists, NEF has suddenly become vociferous and wants to sue Nigeria Government for Human Rights violation? It makes me wonder where NEF patriotism lies.

In the interview, Prof. Ango said: 'There is sufficient evidence, from our point of view, in terms of human rights violations that have been going on with a lot of impunity in the last three years or so around the activities of the government and its agencies and around the country…I think it's because nobody seems to really take the matter seriously to draw attention, not only to other parts of the world, to the Nigerian authorities themselves.'

He proceeded to say, 'what we are doing now is to organize our evidence that would make it possible for us to make a very strong case against the government and its agencies, or up to individuals who may be complicit, in terms of the human rights violations that have been taking place in the last few years,'.

Are you kidding me? One thing that NEF must be reminded of is that whatever temporary goal they want to achieve by the Boko Haram's bedlam in Northern Nigeria, it will boomerang and come back to bite them real bad. The hen will always go home to roost. Soon, NEF will come home to roost if they do not address the situation for the sake of future generation!

They have to take cue from the kidnappings in the Southern part of the country. The crooked politicians trained and gave the youths weapons during elections to fight the opposition. After elections, the youths used the same weapons and training to kidnap the politicians, their relatives and acquaintances.

The kidnappings are so bad now in the South that during Christmas and New Year celebrations so many politicians run away from their towns to live in Lagos or Abuja because they are afraid of being kidnapped.

Fortunately (yes fortunately!), they will continue to suffer from the same violence they perpetrated in the country because of their greed.

Like the politicians in the South, when the rubber meets the road, the Northern Elders will run away from their towns and homes. They cannot enjoy for long the pleasures and wealth gained by knowingly or unknowingly aiding and abetting violence. The weapons in the hands of the youth today will be used to kidnap them and members of their families. In no distant time, the same weapons will be used to kill and maim their sons and daughters over the slightest provocations.

I am not the prophet of gloom and doom. History simply repeats itself when ignorant people refuse to learn; and those who cannot remember the past are condemned to repeat it!

Terrorism and violence in any part of Nigeria is violence against all Nigerians. It should be condemned collectively and not selectively.