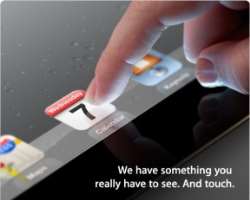 taxes as well as defend the company's tax practices.

Cook will appear before the Senate Homeland Security subcommittee on investigations, which is looking into what it calls 'the structures

and methods employed by multinational corporations to shift profits offshore' and how that affects taxes paid. Read hearing announcement and

the Netherlands to cut its tax bill.
In testimony released Monday afternoon, the company says its Irish subsidiary Apple Operations International 'is not a shell company.'

The company will tell Senate lawmakers that it doesn't use 'tax gimmicks,' and that it's not opposed to paying more in U.S. taxes in

exchange for a more efficient and flexible tax system. Apple says it paid $6 billion in taxes in 2012, and expects to pay more than

that it doesn't use its Irish unit to lower its taxes and said that the company avoided paying 'billions of dollars' in U.S. taxes.

'It created offshore entities holding tens of billions of dollars, while claiming to be tax resident nowhere,' he charged. Read Senate subcommittee

findings.
Apple also weighs in on comprehensive tax reform in its testimony, saying any reform should be revenue neutral. Apple also says a goal should be

The company also defended its use of debt issuance instead of using foreign cash to pay for its new $100 billion stock buyback and dividend program.

'If Apple had used its overseas cash to fund this return of capital, the funds would have been diminished by the very high corporate US tax rate of

35% (less applicable foreign credits). By contrast, given today's historically low interest rates, issuing debt at a cost of less than 2% is much

more advantageous for the Company's shareholders,' the firm wrote.

Apple doesn't propose a number for a new corporate rate or say what it would consider a 'reasonable' rate on its foreign earnings. Rep. Paul Ryan,

the House Budget Committee chairman, has proposed cutting the corporate rate to 25% from 35%. Last year, President Barack Obama backed cutting it to