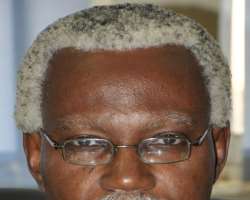 Also arrested were the son of the university's proprietor and four other staff of the institution.

The ICPC officials also interrogated a Reverend Sister in-charge of the Luminary International Centre for Health and Alternative Medicine which had metamorphosed into Society for Energy Health with its headquarters at Mgbowo in Awgu Local Government Area of Enugu State.

The ICPC officials who raided the university located at 31, Ziks Avenue, Enugu, immediately handed over the suspects to the police at Uwani Police Divisional Headquarters, Enugu.

It was learnt that Okoro who claimed that he bagged his professorship by “convention” instead of merit, said he could not remember the total number of his graduates in each academic session.

When asked to name his the vice-chancellor as well as members the senate committee of the institution, he said he could not recollect the names of any of the principal officers.

Okoro reportedly said, “I do not have any registration with NUC because I opened this school as a distant learning institution. This university has been operating since 2005 when a court gave judgment in my favour.”