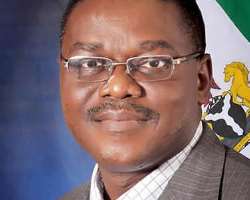 The Minister of Health, Prof. Onyebuchi Chukwu, on Sunday led Nigeria's delegation to the 66th Session of the World Health Assembly (WHA) Meeting in Geneva, the News Agency of Nigeria (NAN) reports.

NAN also reports that the WHA meeting, which will officially open on May 20, has communicable and non communicable diseases, promoting health through life course and health systems around the globe as some of the issues on its agenda.

Some other issues are for the assembly to draft a comprehensive global monitoring framework and targets for the prevention and control of non-communicable diseases as well as a draft an action plan for mental health.

Other action plans to be drafted include the one for the prevention of avoidable blindness and visual impairment and universal health coverage.

The agenda also showed that the assembly would deliberate on how to intensify the initiative for global eradication of poliomyelitis and evaluate the achievements of the health-related Millennium Development Goals, WHO reform and social determinants of health.

Health in the post-2015 development agenda, counterfeit medicines, the report of Consultative Expert Working Group (CEWG) on research and development will also be discussed.

The agenda of the 2012 assembly meeting covered some of the biggest challenges and opportunities facing public health, which include non-communicable diseases and ageing.

Others were maternal and child health, under- and over- nutrition, the eradication of polio and health demands during humanitarian emergencies.

The WHA meeting, to be attended by delegations from WHO member states will end on May 28.