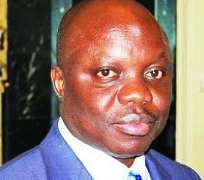 
Delta state Governor, Dr. Emmanuel Uduaghan has said his administration’s efforts towards creating the enabling environment for investment has started paying off and investors have started seeing the state as an investment haven.

Governor Uduaghan while commissioning the NEPAL Tank Farm and Private Jetty at Oghara at the weekend, said: “Delta state is now recognised as destination for investors and it shows that what we are doing is being recognised,” the Governor said, assuring, “government will always ensure that there is adequate infrastructure to encourage investment in the state.”

The Governor disclosed that due to the restive nature of Oghara youths, all “youth activities have been banned in the community till further notice,” adding that investors should give priority attention to their corporate social responsibility especially giving employment to the youths of their host communities.

He emphasised that the “Delta Beyond Oil” programme was aimed at making the state investors haven where the people of the state would be gainfully employed, stating that there are good network of roads, rivers, electricity, among other facilities that boosts investments.

Governor Uduaghan observed that Oghara is a blessed town that has a lot of companies operating in the area noting that apart from the town being conducive for investments, “The most modern hospital in Nigeria today is in Oghara.”

He also stated that his administration was working in conjunction with the Federal Government to dredge some major rivers in the state.

Earlier, the Managing Director and Chief Executive Officer of Nepal Oil & Gas Services Limited, Mrs. Ngozi Ekeoma said that the commissioning was a celebration of hope, resilience and faithfulness of God.

She used the occasion to call on the Federal Government to “totally deregulate the downstream sector in order to provide a level playing ground for all industry stakeholders,” and commended Governor Uduaghan’s administration for creating the enabling environment for investment to thrive.

“For obvious reasons, Oghara has become an investment hub and will soon emerge as an industrial cluster, it has really become attractive to investors in the downstream sector,” Mrs. Ekeoma said.