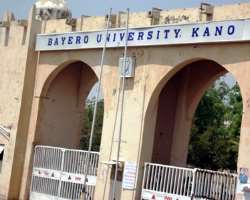 Bayero University Kano (BUK), has indicated interest to partner with universities in Saudi Arabia in the area of science, technology and staff exchange.

This is contained in the official bulletin of the university issued by its Publications and Documentation Unit and made available to newsmen in Kano on Wednesday.

According to the bulletin, the Vice Chancellor of the university, Prof Abubakar Rasheed, made the proposal to the Consul-General of the Kingdom of Saudi Arabia, Majid Muhammad Al-khatani when he visited him.

Rasheed reaffirmed the university's readiness to fast track the academic linkage, which he said, would go a long way in rejuvenating the existing cordial relationship between Nigeria and Saudi Arabia.

He commended Saudi Arabia for its recent transformation and advancement in science and technology education.

Responding, Al-khatani said that the Saudi Government had been making concerted efforts to advance the frontiers of knowledge through the establishment of universities.

According to him, the Saudi Government has committed a significant amount of money to the education sector with a total endowment of one billion dollars equivalent to N161 billion.

He said that graduates of the 25 universities in Saudi Arabia were participating actively in nation building projects all over the Kingdom.

He, however, expressed his consulate's readiness to midwife academic linkage with Saudi Arabian universities.

The bulletin also said that the consul-general was taken round some of the university's facilities including the Centre for Qur'anic Studies, Senate building and Centre for Excellence, among others.