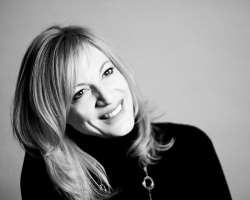 “Last year at Cannes, South Africa brought home Gold in the mobile category for a campaign that is now proving to be on par with the best work from around the world,” these are encouraging words from Debbi Vandeven, Chief Creative Officer at VML – a full service digital marketing and advertising agency in Kansas City, USA. Debbi will be chairing the Digital and Interactive Communication panel at the Loeries this year.

“Vast strides are being made in the use of digital media within our region and especially in the quality and budgets of these campaigns,” says Loeries CEO, Andrew Human. “Last year our digital entries grew by 23% and this has influenced the decision to appoint an international digital jury chair to lead the panel this year.

On our region's digital advertising industry Debbi says, “I know that South Africa has a long tradition of creative excellence in advertising, but have also learned that strong digital work is still lacking due to a heavily regulated telecoms environment. There's been progress with deregulation over the last two years and I believe we'll see digital come of age in the near future in South Africa. Marketers are investing more online as their consumers become connected and as a result, the work is improving. Agencies are beginning to produce work that is unique and appropriate to the African consumer while leveraging technologies from around the world.”

The evolution of the digital category has been met with great delight by Jarred Cinman, Managing Director of NATIVE and Director of the DMMA. “Digital is being taken much more seriously – it stands proudly alongside the other mass media like TV and Radio as one of the key categories. The quality of the work has also dramatically improved. From there being one or two agencies in competition, we now have many small and large players, all producing serious contenders,” says Jarred.

With more than 20 years of advertising and digital experience, Debbi has earned a reputation for exceptional, on-strategy creative solutions that drive business for clients and connect with consumers through integrated channels. Since joining VML in 2000, she has led creative engagements for brands such as Carlson Hotels, Colgate-Palmolive, Dell, Kellogg's, Revlon, Southwest Airlines, U.S. Bank, Wendy's and Xerox.

She is accomplished in both traditional and interactive creative development, earning a reputation for exceptional, creative solutions rich in design and functionality. Her creative leadership has enabled VML to become one of the top global digital agencies today with more than 18 offices and 1,100 employees worldwide. VML's recent achievements include being named a Standout Shop by Advertising Age in 2012 and awarded with seven Lions at Cannes in the same year.

Debbi is excited about Judging Week, “I'm honoured to be the Digital Jury Chair at the Loeries this year and look forward to seeing great work that will no doubt make its mark on the international stage.”

DMMA also welcomes the decision of an international digital jury chair Jarred explains, “It's awesome to see that the Loeries are attracting attention from an international digital agency of the stature of VML. Debbi has judged at major festivals around the world and this will really help to put the digital Loeries on the global map. Having international creatives come to South Africa, meet our local agencies and experience the country is good for everyone and the digital community is really grateful.”

A mentor and strong supporter of initiatives advancing women in creative leadership, Debbi will be speaking at the International Seminar of Creativity on 20 September along with the international jury chairmen and other speakers:

• Jason Little - Sydney
Creative Director, Re
• Mike Yapp
Director, The Zoo, Google USA
• Graham Warsop
Founder and Chairman of The Jupiter Drawing
• Unilever speaker to be announced
Judging takes place during Loeries® Creative Week™ Cape Town 16 – 22 September. Winners will be announced at the awards ceremonies that will be held at the CTICC on 21 and 22 September.

Entries close on 31 May. All entry information, guidelines and preparation instructions is available from loeries.com. Late entries will be subject to a 10% penalty fee.

Major Partners
The major partners of the 2013 Loeries are The City of Cape Town, Western Cape Government, Gearhouse South Africa

Stellenbosch Academy of Design & Photography 28 – 31 May