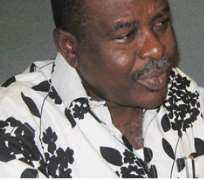 The leadership of the All Progressives Grand Alliance (APGA) under the new National working Committee led by Barr. Maxi Okwu has appointed Chief Tony Mgbeahurike as the new interim Chairman of APGA in Imo State pending the party's convention.

Deputy interim Chairman South East APGA, Chief Ejike Uche disclosed this to newsmen yesterday while speaking on the current state of APGA in the state at the party office along Egbu road, Owerri. Chief Uche said that the party decision was taken by the National working Committee (NWC) of the party in other to pave way for the reformation and restructuring of the party ahead of its current challenges.

Fielding questions from journalists, Uche said that the All Progressives Grand Alliance (APGA) was never and will never be part of the merger processes for a new political party and however described the attitude of Governor Rochas Okorocha towards the emerging new political party as a way the Governor is exercising his political right, adding that Rochas has freedom of joining any party of his choice.

The former Commissioner in Imo State said that the new leadership of the party would sanitize APGA and reconcile members of the party to have a formidable force, pointing out that all positions have been dissolved both at the state and local government areas, maintaining that only the interim body constituted by the National working committee (NWC) are now in charge.

In his speech, the interim state Chairman of APGA, Tony Mgbeahurike said that APGA has a national outlook and suitable political platform to provide all the political dividends for Nigerians. He stressed that time has come to do things right in a new and acceptable manner, adding that APGA would not die but out live them and stand the purpose by which it was established.