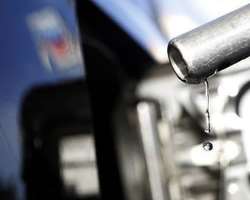 The data could fuel fears over the impact of a government austerity drive that began in January, and could raise pressure on the Federal Reserve to keep its money printing press running on overdrive as the central bank buys bonds to support the economy.

"I think there's plenty of slack in the labor market.," said Tanweer Akram, an economist with ING U.S. Investment Management in Atlanta.

Futures indexes for U.S. stocks turned lower following the data's publication, as did yields on U.S. government debt. The dollar weakened against the euro and the yen.

A Labor Department analyst said no states had estimated their data, and that there were no signs furloughs for government employees played a significant role in last week's increase in claims.

The U.S. economy has shown signs that growth slowed late in the first quarter and in April as Washington's push to trim the budget deficit weighed on consumers and businesses. The federal government hiked taxes in January and initiated sweeping budget cuts in March.

Data on jobless claims has been a relative bright spot in the U.S. labor market, and analysts will be cautious over reading too deeply into one week of dour data, which showed claims at their highest since late March.

Many analysts have noted that a reticence by employers to lay off workers has made an outsized contribution to recent improvements in employment levels. Last month, employers on net added 165,000 new jobs to their payrolls while the unemployment rate dropped to a four-year low at 7.5 percent.

Housing has also been an economic bright spot, but a separate report showed ground-breaking for new U.S. homes plummeted more than expected in April.

The Commerce Department said starts at building sites for homes fell 16.5 percent last month to a 853,000-unit annual rate. Still, permits to build new homes increased, a reassuring reminder that the housing sector could still contribute to the economic recovery.

Housing has been boosted by interest rates kept low by the Fed, and a third report showed that inflation is not adding any pressure to central bankers to taper back bond buying programs.

CONSUMER PRICES SLIDE
A sharp drop in gasoline costs led U.S. consumer prices to tumble in April by the most in over four years, while a gauge of underlying inflation was also weak.

The Labor Department said its Consumer Price Index slipped 0.4 percent, the biggest decline since December 2008 when America was suffering some of the darkest days of its financial crisis. Analysts had expected a more modest 0.2 percent decline in last month's prices.

In the 12 months through April, consumer prices rose 1.1 percent. That is well below the Fed's 2 percent inflation goal. The U.S. central bank targets a different gauge of prices that tends to run cooler than the Labor Department's index.

Much of April's decline in prices was fueled by an 8.1 percent dive in gasoline costs, the biggest decline since December 2008.

However, the weakness in the index also extended to a measure of underlying inflation that strips out volatile energy and food prices.

That gauge rose just 0.1 percent, and was up only 1.7 percent from a year earlier. Apparel prices dropped 0.3 percent.

The annual reading for core inflation was at its lowest since June 2011 and could stoke concerns over cooling demand in the U.S. economy, or perhaps even the risk of outright deflation.

Most economists and investors don't think deflation is very likely for America in the coming years, but it would be a central banker's nightmare. Deflation involves spiraling declines in prices and wages and is difficult for policymakers to combat.

"Further falls in U.S. core inflation in the coming months may make some Fed officials concerned about very low inflation, or even deflation," said Paul Dales, an economist with Capital Economics in London.