HON. KINGSLEY KUKU AND HIS CO-APOSTLES OF ANARCHY 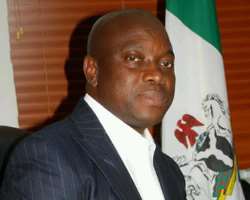 A few years ago, a former US ambassador to Nigeria, Mr. John Campbell, wrote a tiny brilliant book titled ‘Nigeria: Dancing on the brink’. I wrote a piece acknowledging the searching intelligence and inspired insight in that book and got so many knocks on the head for doing so. It got the Nigerian officials so angry that they publicly condemned the author on what they dismissed as doomsday prophesies.

Many officials of the Nigerian embassy in Washington DC at that time were indescribably livid. I recall a particular officer who wrote one harsh mail to me and even requested a meeting. We later met, argued and became good friends before she left DC for a higher posting. I wonder if those officials who were calling for the head of the author can stand up to a debate now about what has come of Nigeria today and the postulations in that book. The sad truth is that most of the predictions in that book have come to pass except that, probably, the country has not ripped physically apart yet into a Christian South and a Muslim North. With only that pending at the moment, and 2015 fast approaching, there are genuine reasons to worry.

That is why in the last few weeks many Nigerians have become increasingly concerned about the commentaries as it relates to the 2015 elections. Many politicians from Northern Nigeria are insisting that incumbent President must keep respect the gentlemanly agreement reached with the region and State Governors and not re-contest his position even though he is said to be constitutionally empowered to do so. Supporters of the President have warned repeatedly that they cannot guarantee peace in the Niger Delta if their kinsman, Goodluck Jonathan, is not elected. Major highlights in the verbal missiles were the ones thrown by the Special Adviser to President Jonathan on Amnesty Mr. Kingsley Kuku during a forum in Washington DC recently. In many ways the speech of Mr. Kuku, to an extent, did not surprise me.

The prayer of an average public office holder is the maintenance of the status quo as this could guarantee continued stay in office, at least in principle. If the office he currently occupies is ‘lucrative’, as many have opined, it will only be natural for him to ask for more like the proverbial Oliver Twist. I can also imagine that he means well for his boss and wants to be seen as loyal. However wittingly or unwittingly that speech has raised the antennae of many of Nigerians at home and abroad to begin to give his comments a closer scrutiny and a more nuanced interpretation. That speech may end up hurting the person who he travelled all the way to try to assist.

Let me touch four areas of immediate concern to many. First is to quickly declare without equivocation that I am a Niger Deltan broadly speaking. I may not have an oil well in my backyard but at least my state is oil producing as covered in the Niger Delta Development Commission (NDDC) Act. I think it is wrong to portray the President as a regional player. That is exactly what Mr. Kuku’s speech has inadvertently done. I support President Jonathan to deliver dividends of democracy to all parts of Nigeria and expect to be elected by all of us. If he underperforms, it weakens our morale - period. We know that no one region can elect him alone at least going by the stipulations of the constitution, no matter how much we love him. So we need each other now more than ever before. Related to this is the fact that the message was delivered to the sensitive and sometimes nosy Washington DC audience. As if that was not enough, after a few days, another self-acclaimed supporter of Jonathan re-echoed the same message as if they were playing out a well rehearsed drama. For all intents and purposes, such statements corroborate the predictions made by the former ambassador in his book.

Another aspect of the concern relates to the position of Mr. Kuku himself. The Niger Delta Amnesty program is a very sensitive one. Whenever anyone from that office speaks, the person should expect to be taken seriously. From the declaration of amnesty by President Yar-Ardua, the ex-combatants dropped all their weapons and embraced amnesty. The federal office that Mr. Kuku coordinates was commissioned to carry out a comprehensive demobilisation, demilitarisation and reintegration programme. That means that theoretically speaking, neither miltants nor stockpile of weapons of any kind should exist anywhere in the Niger Delta. Most of the fighters should have been trained or are currently undergoing training and so will be expected to reintegrate into the society as normal law abiding citizens. If these are the cases then who are the people that Mr. Kuku is referring to? Many people are now struggling between what they consider the original goals of the amnesty program and the speculations of converting it to a private army of some sorts. We do not need any war or drums of war- what we need is fiscal federalism that will allow us control our resources and develop our region.

The third and probably the most important point is the timing of these comments vis-à-vis the ongoing considerations of extending amnesty to Boko Haram insurgents. Such a comment is capable of upsetting the momentum gathered in discussions about peace in the Northern region. So what is the meaning of amnesty? Is Mr Kuku trying to fly a kite or are there things the Nigerian public need to know? On what basis can we convince the insurgents in the North to drop their weapons and embrace peace? What if others begin to see the statement as an inspiration to start making preparations for an imaginary war? Those who have examined the Niger Delta militancy and the insurgency of Boko Haram insist that the two are fundamentally different. Do we now want to start equating them? The mere flash of Niger Delta militants on one side and Boko Haram on the other is too frightening to contemplate and so any statement that seeks to insinuate such is not in our best interest as a nation.

Almost two years to the 2015, there is no need to get into a panic mood. What is the desperation about? Good Governance and Public Service. Really? Even at that are we to prepare for elections or to prepare for war? I insist that President Goodluck Jonathan’s action or inaction about very sensitive issues that border on Nigeria will be what we count for him. Comments like those credited to Hon. Kuku and the flip-flopping allegedly repentant militant, Asari Dokubo, will heat up the system unnecessarily, portray Mr. President in bad light and complicate what is clearly a challenging situation. Worse still, it could precipitate anarchy and pave a way for the military to confiscate the democratic space and plunder our polity.

Finally and closely linked to the second thought but of far greater worry, is the rising suspicion amongst Nigerians today of the President’s Amnesty programme. The Kuku and Asari comments and the repeated threats to unleash the nation’s allegedly disarmed and “amnetised” militants, who are now being trained and retrained and sustained under a national Amnesty Programme funded with Federal revenue, on Nigerians and the Federal Republic of Nigeria should one individual not be re-elected as president of the Nation come 2015 now renders the entire Amnesty Programme as being implemented by Mr. President suspect. Many discerning minds are now beginning to question the true motive of this Government’s Amnesty programme and justifiably so.

They allege that the Amnesty programme being implemented by the Presidency and that conceived by late President Yar’Adua are not one and the same. Many now allege that the real Amnesty programme has been tweaked with and reformatted for political intimidation as against a correctional scheme. People now ask if Amnesty is truly a national demobilisation, demilitarisation and reintegration programme or a mere perfect guise under which Mr. President and his kinsmen are applying federal funds to maintain and sustain ethnic militia which shall be unleashed as a tool of political coercion on the generality of unsuspecting Nigerians build up to, during and perhaps after the 2015 general elections.

This feeling gets stronger especially against the background of the information recently released that the Amnesty programme and payments being made thereunder may officially terminate in 2015. Would that be when the true mission has been accomplished in 2015 thereby rendering the ex-militants functus officio?

The manure for these rising concerns is provided by the threatening comments of the President’s kinsmen like Kuku, Asari and, sometime in the past the President’s self-proclaimed political godfather, Chief Edwin Clark. It is also fuelled by the presidency’s now unholy and very uncomfortable silence over these comments nearly one week after which many now interpret to be more than just tacit endorsement of the threats.

Nigerians are already asking very pertinent questions. Questions such as: Are these repentant militants truly repentant and changed in their ways? Is their allegiance truly for the Nigerian nation now or to some ethnicity or individuals somewhere out there? If the Amnesty programme, as it is being executed, is as successful as we are made to believe, then these repentant militants should by now be as civilly innocent as the rest of us having been fully disarmed, demilitarised and re-orientated. And so who are Mr. Kuku and his co-travellers referring to? The Federal Government must get the chief implementer of the Amnesty Programme to explain not only their utterances but also provide the answers to all of these questions!

Indeed, it is time for a comprehensive review of the Amnesty programme to ensure that we are not made to perceive that there is a hidden agenda against the generality of Nigerians or threat to the sovereignty of this Nation!!