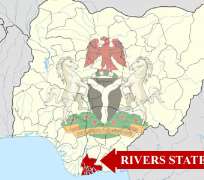 SAN FRANCISCO, May 13, (THEWILL) - A Federal High Court has ordered the police out of the headquarters of Obio-Akpor Local Government Area, which it barricaded about two weeks ago, after irate youths loyal to the sacked council’s Executive Chairman, Timothy Nsirim, and councilors stormed the secretariat to demand their reinstatement.

Recall that the Rivers State House of Assembly sacked the entire executive of the council over allegations of corruption and installed a caretaker committee headed by Chikordi Dike, who have been unable to resume because of the police barricade.

However, Justice H.A. Nganjiwa of the Federal High Court in Port Harcourt in a ruling on an exparte motion filed by Chikordi, ordered the Inspector General of Police to withdraw the policemen at the secretariat with immediate effect to enable the caretaker committee members resume work.

Justice Nganjiwa also directed the police to provide minimal security to secure the secretariat and maintain law and order while members of the caretaker committee are at work.