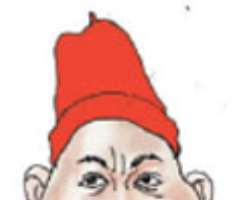 This is certainly celebration moment for the camp of All Progressives Grand Alliance (APGA) National Chairman, Victor Umeh as the Independent National Electoral Commission (INEC) last week affirmed him chairman of the party.

In a letter signed by INEC Secretary, Abdulahi Kaugama and addressed to APGA National Chairman said, “The commission notes the ruling of the Court of Appeal which stayed execution of the order of the Enugu High Court that restrained Chief Sir Victor Umeh from parading himself as National Chairman of the All Progressives Grand Alliance (APGA).

“Consequently, the commission will continue to relate with Chief Sir Victor Umeh as the National Chairman of the All Progressives Grand Alliance (APGA). Please accept the assurances of the commission's highest regards,” the letter added.

Prior to the INEC affirmation, the party had been enmeshed in crises over who is the authentic leader between Umeh and Maxi Okwu, who was recently elected chairman of the party in a controversial midnight convention by a faction loyal to Anambra State governor, Peter Obi.

An Enugu High Court had sacked Umeh as the Chairman of the party. The Court which was presided by Innocent Umezulike, Chief Justice of Enugu State, had in a judgement on February 8, declared the February 10, 2011 convention of the party that enthroned Umeh and other members of the party's National Working Committee (NWC), unconstitutional. The court thus, ordered him to stop parading himself as the National Chairman of the party.

However, ruling on the application for stay of execution of the judgement brought by Umeh, the Court of Appeal ruled that Umezulike's judgement cannot hold because the applicant ab-initio contested the jurisdiction of the lower court but it went ahead to hear the case and deliver judgement.

The Court further argued that the major issue that calls for stay is the restraining order against the applicant from parading himself as chairman. “The Court of Appeal has a duty to protect the rights of the applicant to ensure that he does not suffer damages while his appeal is at the court. The restraining order made by the lower trial court against applicant (Umeh), is hereby stayed, pending the determination of the appeal”, the Appeal Court Judges said in a lead ruling delivered by Justice Paul Galinje.

With the ruling by the Appeal Court, Umeh's camp erupted in celebration. The latest affirmation of his chairmanship has further enlivened his supporters.

Briefing newsmen at the party's National Headquarters in Abuja, Umeh stated that the development has reinvigorated APGA to prepare to win the governorship election in Anambra State and to prepare for the general elections in 2015.

He said; “We commend INEC for adhering to the rule of law and upholding the rule of law by respecting the decision of the Court of Appeal; this development has reinvigorated the APGA.

Observers who have been watching the developments in the APGA expressed the view that the electoral body should be commended for toeing the line of rule of law.

To Umeh's credit, his leadership of the party, has ensured consolidation of APGA in Anambra. It for instance ensured re-election of Governor Peter Obi, and won more seats in Anambra legislature in 2011 elections. The party also made commendable in-road in Imo, ensuring the election of Governor Rochas Okorocha, in addition to more members in the state's assembly. APGA under Umeh also made appreciable impacts at the national level, where it currently boasts of members in the Senate and House of Representatives.