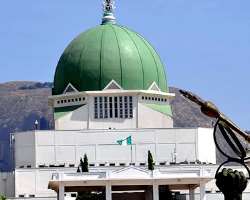 …There is No truth in the Allegations, Management Says

But the management of the National Assembly has denied the allegations, saying it’s all falsehood.

It was gathered that these allegations are part of a position paper due to be presented by PASAN, the umbrella body of workers of the National Assembly, to the Senate President, David Mark, and Speaker of the House of Representative, Aminu Tambuwal, at a consultative meeting on Tuesday over the impending industrial action being planned by the association.

PASAN, in the document, alleged that the management of the National Assembly led by the Clerk has been purchasing no less than five cars annually for top directors, an action that is in breach of the government monetisation policy.

In a five-page document titled ‘Our Conditions for Negotiation/ Dialogue’ endorsed by the chairman of the parliamentary staff association of Nigeria, National Assembly Chapter, Comrade Bawa Mohammed, and four others, the union demanded that the allegation on the breach of monetisation policy, as well as award of contracts for the purchase and supplies of official vehicles with delivery dates including the beneficiaries in the National Assembly since 2000, be investigated.

The document reads in part: “Your Excellency, the chairman of the National Assembly, we wish to at this juncture to crave your indulgence to graciously compel the management to submit copies of contracts awarded for purchases and supplies of official vehicles with delivery dates as well as list of beneficiaries from year 2000 till date.”


The association argued that while government policy had monetised all fringe benefits, the management allegedly was still purchasing and changing five vehicles for top directors yearly .


“It might interest you to note that while the management refused to provide any staff bus for us, they are buying and changing five vehicles (5Nos) for them annually,” the workers noted.


They however warned that any agreement to be endorsed by the Senate President and the Speaker of the House must be entered into by the two groups-management and the aggrieved workers-such that neither the spokesman , nor workers are hurt, intimidated, victimised now or in the future.


The workers also listed an avalanche of demands as they requested a public probe of the National Assembly management with a view to making it give account of their stewardship to the Nigerian people, especially as it relates to staff strength, funds appropriated for the National Assembly staff salaries, welfare, fringe benefits and other incentives, which, allegedly, are diverted to personal pockets.

They urged the management to liaise with the Salaries Incomes and Wages Commission to submit to the leadership for verification, documents relating to staff salaries, allowances including welfare, training/ workshops and other incentives.


Similarly, the workers demanded for details of approval for loans, financial assistance, household equipment, store items and approved vouchers for payment of such approvals and other related documents.

The 16 -paragraph demand, among others, seeks to compel the Clerk of the National Assembly, Salisu Maikasuwa, to submit to the leadership of the National Assembly, all training/workshop documents, including foreign and local training with the list of beneficiaries and the financial implication from 2000 till date; compel management to submit copies of all the contracts/ agreements award entered into with contractor to construct a car park behind the Annex Block during the tenure of the retired Director of Estate and Works department.


They further called for a probe into all contracts on purchases and supplies of store requisition, including delivery periods and appropriation made since 2000: various lands allocated by the Federal Capital Development Authority (FCDA) for the construction of National Assembly staff quarters; breakdown/ details of National Assembly management budgetary votes, releases, implementation/ utilisation since 2000; updated copies of all staff pay slips; copies of letters of domiciliation of account given to staff seeking bank loans as well as list of application for salary advance and approvals since 2012 till date.


The workers also demanded an investigation into complaints from staff whose cars were stolen from the unsecured car park as well as probing contracts awarded for the purchase and supply of furniture and other office equipment, allocation to beneficiaries according to respective grades levels.

But in an unsigned seven-page document titled, “Response to allegations by the G-1200 during their protest on May 7, 2013” addressed to the Senate President, David Mark, the top management staff debunked the allegation which bordered on diversion/ stealing of household items and office equipment, stating that there were no provisions for the purchase of the alleged items in line with the policy on monetization.