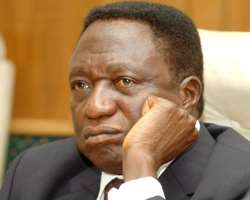 
The just released result of the examination showed many students scoring below 150 out of the 400 marks in the four papers each of the students sat for.

Chairman of the House Committee on Education, Hon. Aminu Suleiman (PDP Kano), disclosed that the invitation became imperative due to series of complaints and protests by a cross section of Nigerians.

“We heard that JAMB authorities had formally explained some reasons for the mass failure. This is not enough if the content of the complaints of Nigerians is anything to go by.

One of the complaints was that concerning the use of computer for the exam and most of them have never had contact with computer before or that they only learnt the theory without the practical use of computers.

“It will be recalled that the House passed a resolution asking JAMB not to use computer for the 2013 exams and they said they would make it optional; but there were still complaints by Nigerians that some students filled the manual or paper option only to find themselves being asked to write the exams using computers."

He added that the mass failure might not be unconnected with the introduction of computers for the exams, bearing in mind that most of those who sat for the exam, especially in Government Secondary Schools, apart from those in the villages, are not exposed to computer before, saying the committee has no option than to act accordingly to work towards finding lasting solution to the perennial failure of Nigerian students.