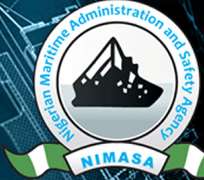 ABUJA, May 08, (THEWILL) – The House of Representatives on Wednesday resolved to set up an ad-hoc committee to probe the alleged involvement of the Nigerian Maritime Administration and Security Agency (NIMASA) in the N40 billion Cabotage Vessel Financing Fund (CVFF) currently trapped in some designated banks.

The committee, which is expected to report back to the House in three weeks, is also mandated to determine the total amount that had been generated under the Fund since inception.

This followed a motion raised by Hon. Hassan Saleh, who alleged that the amount, which was to be utilised for the purpose they were established, has been trapped in some designated commercial banks instead.

While leading debate on the motion, Saleh noted that the laudable objectives of the Fund have been defeated by the actions of NIMASA and the banks, adding that if the maritime sector was fully developed, it had the potentials to generate much revenue as the oil sector.

“Over N40 billion, approximately $525 million of the funds, for some inexplicable reasons, are alleged to be trapped in some designated banks, instead of it being utilised for the purpose for which the Fund was established and the participating banks are also alleged to have fulfilled their part of the agreement with the funds still in their possession while the prospective beneficiaries are not able to access them.

“The objective was to assist indigenous shipping firms to acquire the requisite capacity to build and develop their participation in the maritime sector so as to enable them compete and possibly overcome foreign shipping firms that have dominated the nation's coastal and inland trade,” he said, adding that more than 90 percent of the country’s international trade was being carried out on the sea.

He pointed out that the Fund was raised from a two percent deduction by NIMASA on every contract awarded under the cabotage scheme, adding that “the funds were deposited with certain designated banks on the condition and agreement that indigenous firms seeking to purchase vessels would be encouraged and supported by NIMASA to the tune of 55 percent, participating banks 35 percent while the firm concerned would bear 15 percent of the cost at an interest of 5.6 percent.”

Saleh also hinted that only 20 active Nigerian registered vessels were handling the country’s external trade, while the remaining percentages are owned by foreigners.

Supporting the motion, Hon. Kingsley Chinda urged the House to allow the relevant committee to embark on an oversight to ascertain the position of the Funds.

“This motion calls for the House to exercise its oversight function on the agency,” he said.

Noting that Nigerians’ participation in the cabotage industry was not satisfactory, Friday Itulah said there was need for Nigerians to look inward to develop the economy.

Frank Enekorogha, in his contribution, advised the committee to come up with the number of Nigerians participating in the cabotage business.

Patrick Ikhariale, who said that the motion before the House would afford it the opportunity to examine the agency (NIMASA), noted that, if the economic sector was well managed, the management of other sectors would not pose any problem.