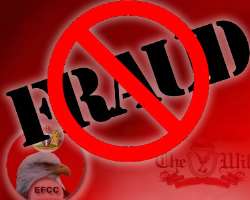 The accused, between November 2012 and January 2013 defrauded one Ya'u Mohammed to the tune of N20m in a classic advance fee fraud scheme. The fraudster, posing as a spirit named ‘Asmau’, based in Niger Republic, convinced his victim into believing that the mystery female voice had powers to establish schools and mosques to propagate Islam but needed a human vessel through which this could be achieved. He left the victim with no choice but to accept the offer of becoming the human vessel after threatening him that he either obeys the voice of the spirit or die.

The accused person began to extort his victim and used the money to buy exotic cars and acquire a mansion in red bricks area of Kano state.

One of the charges against accused reads, “that you Mohammed Yusuf also known as Musbahu Yusuf Dabo, sometimes in November 2012, at Gusau, within the jurisdiction of the Federal High Court Gusau, under false pretence with intent to defraud, induced one Alhaji Ya’u Mohammed and obtain the sum N680, 000 (Six Hundred and Eighty Thousand Naira Only) and thereby committed an offence under section 1 of The Advance Fee Fraud and Other Fraud Related Offences Act, 2006”.

The accused pleaded not guilty after the charge was read to him.

The prosecution counsel, B.M Buhari asked the court for permission to proceed with the trial but the defence counsel, B.M Muqaddam urged the court to admit his client to bail on the grounds of ill health.

However, Buhari opposed the application on the grounds that the medical reports attached to the bail application were not certified.

The case was adjourned to 12th and 13th June, 2013 for continuation of trial, while the accused is remanded in prison custody.