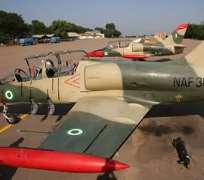 According to Defence spokesman Brig.-Gen. Chris Olukolade, the two officers who lost their lives on the ill-fated flight are; Squadron Leader Adoo and Flying Officer Layelmenson.

The jet was involved in military support operations in Mali.