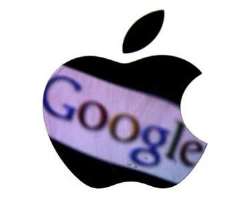 The European Commission said it believed Motorola Mobility, a unit of Google, was abusing its market position by seeking and enforcing an injunction against Apple in Germany over patents essential to mobile phone standards.

The Commission said in a statement it had informed Motorola Mobility of its preliminary view in a charge sheet known as a statement of objections.

The Commission said injunctions could be used to combat patent infringements, but that was not the case where a potential licensee was prepared to agree on licensing terms.

"I think that companies should spend their time innovating and competing on the merits of the products they offer - not misusing their intellectual property rights to hold up competitors to the detriment of innovation and consumer choice," Competition Commissioner Joaquin Almunia said.

Almunia said earlier this year that regulators were considering charging more firms with anti-competitive practices in using injunctions to prevent rivals using their patents rather than negotiating fair fees.