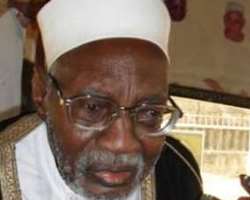 SAN FRANCISCO, May 06, (THEWILL) – Former Minister of Petroleum and elder statesman, Dr. Shettima Ali Monguno has been freed by his captors.


Monguno was released Monday morning to return to his Maiduguri home.


Borno State Governor, Dr. Kashim Shettima told a cheering crowd that he was dropped off at a town called Keranuwar, about 180 kilometers from Maiduguri, the headquarters of the Boko Haram, the radical Islamic group believed to have orchestrated the abduction.


THEWILL could not confirm if a ransom was paid as at the time of writing this report.