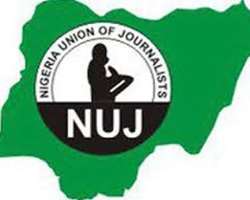 SAN FRANCISCO, May 05, (THEWILL) – The Borno State Council of the Nigeria Union of Journalists (NUJ) weekend flayed the abduction of elder statesman and former Minister of Petroleum, Dr. Shettima Ali Monguno, who was kidnapped on Friday after observing the Juma'at prayer at Mafoni, Maiduguri, by yet-to-be-identified gunmen.


In a communique issued and signed by its secretary, Alhaji Tahir Isiaku, at the end of the inaugural Executive Council Meeting of the union on Saturday, the Borno NUJ also condemned the handling of the Baga crisis which eventually resulted into a carnage tat consumed over 185 residents of the border town.

The communiqué, which called on the military to restrict itself to its rules of engagement in crisis situation to avoid any use of excessive force as seen in Baga and Bama, also commiserated with Governor Kashim Shettima of Borno State over the unfortunate loss of lives in the state in the recent crisis in Baga, Bama and other places.

" The union is in support of all efforts of government at bringing to an end the security challenges in the state and urges government to explore further means and ways that may be available in the future," the communique read in part.