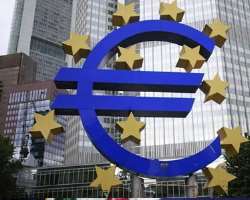 The European Central Bank cut interest rates for the first time in 10 months on Thursday and held out the possibility of further policy action to support the recession-hit euro zone economy.

Responding to a drop in euro zone inflation well below its target level and rising unemployment, the ECB lowered its main rate by a quarter percentage point to a record low 0.50 percent.

ECB President Mario Draghi, promising to provide as much liquidity as euro zone banks need well into next year and to help smaller companies get access to credit, also indicated that some policymakers had pushed for a bigger cut.

The ECB was also "technically ready" to cut its deposit rate from the current zero percent into negative territory, meaning it would start charging banks for holding their money overnight.

Such a move could encourage the banks to lend out money rather than hold it at the ECB, though it would also probably have a big impact on banks' own operations and major implications for funding and bond markets.

Draghi said the ECB could cope with these - a departure from his previous statements.

"There are several unintended consequences that may stem from this measure," he said of a negative deposit rate. "We will address and cope with these consequences if we decide to act. And we will again look at this with an open mind and we stand ready to act if needed."

Thursday's cut in the main rate had been widely expected after Draghi said last month that the ECB stood ready to act, but few economists expect it to make a decisive difference.

Acknowledging that, the ECB said it would prime banks with as much liquidity as they need until at least July 2014 and look at ways to boost lending to smaller companies, which are the lifeblood of Europe's economies but have been starved of credit in many countries.

QE AHEAD?
Draghi stuck with the ECB's forecast that economic recovery will take hold later in the year but highlighted "downside risks" to that position.

The ECB would "monitor very closely" all incoming evidence, Draghi said, a phrase which in the past has suggested further policy action to come.

Unemployment hit a record high in March and annual inflation plunged to 1.2 percent in April, pressuring the ECB to cut rates this month to honor its mandate to deliver price stability, which it defines as inflation close to, but below 2 percent.

The sudden slump in price pressures has also raised the possibility of the ECB having to look at policy tools beyond interest rates to counter any further slide in inflation.

"Ultimately, we think the ECB will have to purchase private-sector assets in order to fix the transmission mechanism," said Andrew Bosomworth at PIMCO, the world's largest bond fund.

Such asset purchases could take the ECB into the realm of quantitative easing (QE) - creating money to buy assets, a policy it has so far eschewed but which other major central banks have embraced.

SMALL COMPANIES, BIG PROBLEM
The ECB wants to improve the transmission of its monetary policy so its low rates reach all corners of the euro zone.

The bloc's south is not benefiting to the same extent as the north from the ultra-low rates. If they are lending at all, banks there are charging companies and households more for loans than their peers in the north because of higher funding costs and credit risks.

"There can't be fears of lack of funding as an excuse for not lending," Draghi said after the meeting in Bratislava, one of two that the ECB holds outside of Frankfurt each year.

The ECB has repeatedly voiced its concern about the impact this has on lending to small- and medium-sized enterprises (SMEs), which have little alternative to bank funding.

The ECB wants to revive an asset class that has widely been blamed for causing the financial crisis - asset-backed securities (ABS).

This asset class allows banks to pass at least some of the credit risk on to other investors as they try to boost their capital and liquidity buffers to adapt to new regulatory standards - one reason for their reluctance to lend.

"The Governing Council decided to start consultations with other European institutions on initiatives to promote a functioning market for asset-backed securities," Draghi said, adding that no decisions had been taken.

Berenberg Bank's Holger Schmieding said that if other institutions, such as the European Investment Bank, helped promote an ABS market for SME loans, the ECB could eventually pave a way to some quantitative easing.

The ECB could accept such packaged loans as collateral at its liquidity operations, or even buy them outright, he said.

"If so, this would extend the ECB's toolbox and could potentially open the way for a little 'quantitative easing' by the ECB later on," Schmieding added.