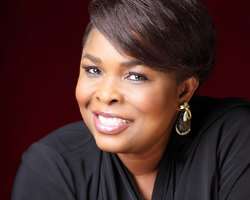 SAN FRANCISCO, April 30, (THEWILL) -The Presidency has described an online media report insinuating that that the First Lady, Dame Patience Jonathan, is ill as untrue.


Dismissing the report in a statement issued on Tuesday, a Special Assistant to the President on Media attached to the First Lady, Mr. Ayo Osinlu, described the online report as “absolutely untrue, evil imagination and an extension of a smear campaign targeted at tarnishing the image of the First Lady.”


Osinlu said contrary to the report that the First Lady had been dropped from a trip with her husband to Namibia and South Africa as a result of her ailment, Dame Jonathan is hail, hearty and is expected to participate as a Keynote Speaker at a Religious, Traditional and Adolescents Leaders Conference, an event that is part of the launching of the National Strategy for the Prevention of Teenage Pregnancy in Sierra Leone next week.


Maintaining that Dame Jonathan is not only hail and hearty but has been active recently, the statement said her recent engagements pointed to the fact that there is no truth in the online report published Tuesday morning.

"Indeed, it will be recalled that the First Lady effectively participated in the tasking National Conference on 100 Years of the Nigerian Woman, which she hosted as a component of the Centenary Celebration of the country in Lagos, April 18-19.


“Those who attended or watched the event on live television (NTA and AIT) will confirm that we saw a healthy and active First Lady in attendance during the Conference. Only last Friday, she also presided at the Official Commissioning of the Nigerian Prisons Staff School, built in the Federal Capital by the Prisons Officers’ Wives Association (PROWA). Media reports of the event were still trickling as at yesterday," the statement said.

Insisting that the story about the “deteriorated” health of his principal by the online platform is a figment of its imagination, Osinlu added: "The First Lady is not an official of the Federal Government of Nigeria and is therefore not under obligation to join every foreign trip made by her husband, in perfect expression of his statutory duty to foster both bi-lateral and multilateral advantages for the country.

"The First Family is therefore at liberty to determine what trips they make together. Meanwhile, the mischief behind this online medium’s sudden worry that the First Lady is not on the President’s trip abroad is betrayed by the fact that the same medium led its allied choristers to belly-ache in the past about the frequency of her presence by her husband’s side on official engagements outside the country."