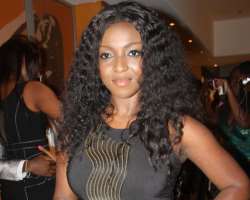 Latest information coming in from Nigeria indicates that the Ghanaian delegation of actors, producers and filmmakers who attended the ninth edition of the Africa Movie Academy Awards (AMAA) in Nigerian over the weekend was completely ignored, snubbed and left high and dry by the organisers.

Though the Ghanaian delegation was officially invited to the event, and the members were assured that they would be chauffeured from the hotel to the red-carpet opening ceremony, which was to start at exactly 5:00 p.m last Saturday, no vehicle came for the group until it eventually had to plead with Yvonne Okoro to use her Nigerian 'connection' to arrange a vehicle.

Again, when the Ghanaian delegation, including actor Kofi Adjorlolo, Eddie Nartey, Prince David Osei, Yvonne Okoro and several others entered the auditorium, they were shocked to realize that no seating arrangement had been made for them.

"I was invited as a special guest and was told that I would be presenting an award, but when we got there, the organizers could not get us seats. They packed us together and made us perch behind the bandsmen and their instruments.

"We protested that we are distinguished invited guests from Ghana and that we deserve to sit at the front row but not behind bandsmen. Eventually, they found us seats at the front, but that also came with its own drama. It was as if we were not even in the room because our presence was not acknowledged, and not even Yvonne Okoro, who was competing for an award had her presence acknowledged.

We just sat there like some gate-crashers and I was not even called to present the award for which I flew all the way to Nigeria," actor Prince David Osei confirmed in a telephone interview last Sunday.

Interestingly, reports from Nigeria said the Ghanaians were the most cheered on the red carpet, but the treatment they received from the organizers was the exact opposite. Previous AMAA editions have not been so as delegations from all the participating countries were treated like stars and their presence acknowledged at the event.