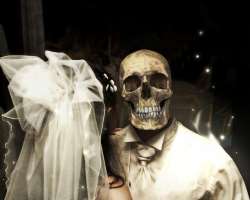 It was Victor Umeh's controversial and explosive interview fielded in the "Daily Sun" of February 2012 and his inept and mismanaged style that brought APGA to this sordid state. In the referred interview, he made series of unsubstantiated allegations against the deputy leader of APGA and Governor of Anambra State, Mr. Peter Obi, CON. I remember him saying the Governor had a pact to destabilize APGA and then hop into PDP, he also alleged that the Governor, Mr.Ppeter Obi had painted him black before the President and as such he (Umeh) had lost the attendant goodwill and handouts from the presidency. He in fact, squealed and screamed with gusto.


However, the one that really stirred the hornet's nest was his faux pas and disparaging remarks on the person of Chief Nwobu Alor wherein he called Nwobu Alor unprintables. He twaddled that Nwobu Alor was already "dying at 88 and should be consigned to the village, for no such old man called the shots in government house anywhere "in Nigeria". Though he was roundly rubbished by every right thinking person on this loquacious gaffe, the crisis then festered and has continued to simmer.


The crisis expectedly has attracted series of court cases and litigations wherein both parties have secured victories at different times and circumstances. Victor Umeh, against all odds has sustained his legal battles against APGA and Gov. Obi, though it has been reported that the hawks who want to perch on "Anambra 2014" are availing him this ability and logistics to display this "macabre dance". But Umeh ought to be a student of history and take note that such characters shall at the nick of time drill him and extract their pounds of flesh because they are of the depraved core, essentially egocentric and selfish.


This bunch that currently oils Umeh's propaganda machinery and goads him to attack and scandalize the figures and structures in APGA all in its desperate move to capture and rupture Anambra in 2014, shall naturally and true to type- demand from him very difficult, if not impossible concessions before this all important 2014 and then the bubble shall burst. Umeh shall then be left in lurch and eased off to lick his wounds. In this wise, this Igbo adage suffices "a child who dances to the rhythm of surugedee, does not know that surugedee is of the spirit". It is a natural script that has a normal sequence in politics, for it is said that permanence of/interest is only guaranteed and never that of friendship or enmity.


Furthermore, let Umeh not be deluded by the recent court of Appeal verdict that seemingly gave him victory. That judgement was merely academic and may not be enforced again, for it has been overtaken by trends of events. The court cannot reverse an action that has already taken place and sealed. The party was discharging a legitimate order of a court of competent jurisdiction that gave authority to the convocation of congress and party activities. Can a court decree a dead person to life again?

Umeh should come down from his deceptive Olympian height and embrace peace and reconciliation, even Chekwas Okorie whom he once short changed and stabbed and who nurtured APGA has lent his voice that Umeh should jettison his desperado mentality and join to move APGA forward, that there is time for everything. Maxi Okwu and his elected executives should be given the time to navigate and steer APGA to glory again.


In conclusion therefore, all the allegations as advanced by Chief Victor Umeh in the beginning against Governor Obi and Chief Nwobu Alor have all fallen flat and hollow, with the benefit of hindsight. For almost two years after the allegations, it is still the governor who has been packaging and re-branding APGA at a very great cost. Again, up till this moment His Excellency Mr, Peter Obi CON, has not been co-opted by PDP as alleged. Too, Nwobu Alor himself has taken charge in his usual and familiar terrain of co-ordinating the campaigns for the envisaged APGA's triumph come 2014. Their activities obviously are in tandem with the intents and spirit encapsulated in forming APGA which the revered IKEMBA personified and projected.


On the contrary, it's been Victor Umeh who has been destabilizing APGA and its ideals with contra-litigations that are most times puerile and prevaricating. Evoking the spirit of Ikemba Ojukwu by Umeh at his grave side recently as widely reported in the dailies was simply infantile and pretentious. He should just aim to do the needful and Ojukwu's spirit shall peacefully rest and repose. Happily, Governor Obi, THE OKWUTE NDIGBO is solid and always at home with Litigations, no matter the stretch and level. So Victor Umeh and his incorporated cabal are in for a real hard task ahead!