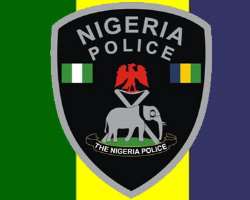 SAN FRANCISCO, April 22, (THEWILL) - The Nigeria Police and the State Security Service (SSS) have been ordered to pay the sum of N5 million each as compensatory damages to the Peace Corps of Nigeria.

A Federal High Court in Abuja which gave the order also ordered the two security agencies to henceforth conduct themselves and operate within the ambit of the laws establishing them.

They were also asked to stop their gross abuse of the rights of the Nigerian citizens to freedom of association.

Justice Evon Chukwu, who awarded the compensatory damages against the SSS and the Police, warned the security outfits not to exploit the activities of the Boko Haram to subject innocent Nigerians to unnecessary hardship by infringing their fundamental rights unjustly.

The court also nullified a secret security report by the SSS forwarded to some state governors describing the Peace Corps as an unregistered and a security threatening body.

Describing the report as unlawful, illegal, unwarranted and in bad taste, Justice Chukwu held that the report damaging the reputation of the Peace Corps was in bad taste due to the failure of the SSS to justify the reason behind the issuance of the report.

It would be recalled that the Peace Corps, in the suit filed on its behalf by Mr. AbdulRasaq Ayedun, complained that its offices across the country were closed down while its officials wearing uniforms were stripped naked in the public by the SSS.

The corps demanded N250m damages from the SSS and the Police as compensatory damages.

However, Justice Chukwu, who was unimpressed by the defense of SSS operatives, described their actions as barbaric, uncivilised and a habit in bad taste.

He maintained that in a democratic setting where the rule of law prevails, such habit of gross abuse of power and deliberate infringement on the rights of the citizenry must not be allowed.

He disagreed with the claim of the SSS that the Peace Corps was exploiting the Nigerian youths by training them for illegal activities capable of undermining the security of the nation.

In his judgment, Justice Chukwu said there was no proof of such allegation by SSS throughout the trial of the case.

He therefore restrained the SSS from further engaging in unprovoked attack against the Peace Corps.