NOLLYWOOD STARS TO GRACE THE SUN MAN OF THE YEAR AWARD 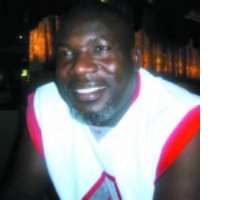 Nollywood big wigs across the country are set to grace this year's edition of The Sun Man of the Year award ceremony holding in Lagos next Saturday.

The Board, management and staff of The Sun Publishing Limited would be honouring the duo of Babatunde Raji Fashola (SAN), governor of Lagos State and Mr. Tayo Aderinokun, GMD/CEO, GT Bank Plc, for excellent strides taken in public service and in the private sector respectively.

The Sun Man of the Year award holds every February, a tradition established since the first edition in 2003, which was won by Dr. Mike Adenuga. Others who have won the award are Professor Chukwuma Soludo, ex-governor of Central Bank of Nigeria; Mallam Nuhu Ribadu, ex-chairman of the Economic and Financial Crimes Commission (EFCC); Mrs. Oby Ezekwesili, ex-minister of education; Governors Peter Obi of Anambra State and Gov Rotimi Amaechr of Rivers State (joint winners) and Governor Adams Oshiomhole of Edo State.