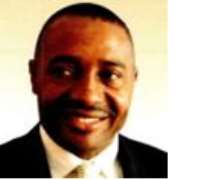 This article was born out of the recent outcry by the loquacious Rivers State chapter of the Action Congress (AC) led by the most political prostitute called Prince Tonye Princewill, a quashed prince of an invalidated Amayanabo of Kalabari dynasty. Princewill and Mr. Chibuike Amaechi (court-made-governor-of Rivers-State) are the most confusionists in a democracy like ours with their much tongue-in-the-cheek Unity Government. But we know where they are heading to: political oblivion. Because, Dr. Peter Odili, the indomitable ex-Governor of Rivers State wields a lot of influence in and outside of the Rivers State, and this has been Mr. Chibuike Amaechi's goose pimple.

Let Amaechi form as many opposition alliances as he wants with the deceiving tactics of Princewill bringing about 43 opposition parties under the masqueraded Forum Of Organized Opposition Political Parties (FOOPP) , he can't achieve much as a politician if he doesn't recognize the fact that Odili is a bigger masquerade in the state and with federal influence. In short, many Rivers people see Amaechi as a boy challenging a grandfather like Odili in the state's political field. Amaechi has no political clout. After saving much money in his sworn-enemy, Odili's administration, was when Amaechi understood that the money of the state he now controls are for the Rivers people. The Rivers people who are now impoverished in his government while his alloyed aides are over-fed?

Amaechi may be hiding under the guise of Rule of Law to hoodwink the masses, but keen observers knew that if there is any government that is corrupt in the history of the world, it is his. He was a Speaker, Odili made, and had his masters degree overseas. But to reward Odili who made him was to mar him through his Kangaroo Kayode Eso-led reconciliatory panel who on March 10, 2009, submitted its 571-page report to the shenanigan Amaechi-led administration. The panel identified the problems of governance, cultism, chieftaincy and some others as the root causes of the crises in the state? Was it not quite troubling that the next idea after trying to rubbish Odili, was for Eso to say that N250, 000 would be given to militants in exchange for each old gun? But how brainsless the idea was, did the militants not simply used the money to acquire more sophisticated weapons? And were the 15 communities that panel was said to have reconciled? All it achieved was to indict the Odili-led administration for hobnobbing with gang leaders, of which Amaechi was a strong participant.

But this does not surprise many Nigerians because Amaechi represents an English woman, Tracy Davies (40), who on October 2008 remembered that she wanted a baby but pregnancy eluded her. She grew upset, gave her partner, Mark Coghill, what turned out to be a painful kiss, midway into the celebration, when the man was actually celebrating his 45th birthday at Newcastle. Seeing her mood, Coghill reportedly went to comfort her. She asked for a kiss. He obliged. But within a few seconds, she planted her teeth on her man's tongue. As a prosecutor told a Newcastle Crown Court. The man's major regret is that he would never enjoy a curry nor distinguish between cheese and toast again.