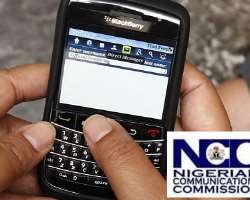 SAN FRANCISCO, April 14, (THEWILL) – Stakeholders in the security sector have called on the National Communication Commission (NCC) to create a toll-free three-digit line to assist in combating the growing insecurity in the country.

The stakeholders made the call in a communiqué issued at the end of a stakeholders’ workshop titled "Experience Sharing Exercise with Stakeholders on Mass Casualty Handling in Improvised Explosive Devices (IED) Incident," organised by the National Emergency Management Agency (NEMA) in Maiduguri, the Borno State capital.

The stakeholders, made up of representatives from the military, paramilitary, medical profession, among others, maintained that a toll-free line for the report of emergency cases will go a long way in assisting security agencies to tackle the insecurity in the nation.

They also agreed that all stakeholders need to share information that will assist in handling matters on IEDs as they stressed that security is the responsibility of all.

While calling on NEMA to step up public enlightenment on security issues, the participants stressed the need for more interactions among stakeholders through periodic workshops and meetings.

They however stressed the need for NEMA to provide the needed equipment such as helicopters and cranes, among others, to combat emergency situations.