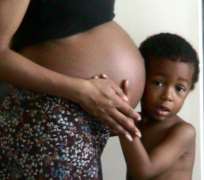 Childhood disposition is basically the same for both sexes especially at the early stages of life. The newly born, apart from a few natural distinctions, cry, crawl, go on diapers, play childhood pranks, sleep, and do many things almost indistinguishable from one another. As they enter into infancy, especially when they start primary schools, though still of the same disposition, they subtly become conscious of their sexes. At this stage, there is the tendency for each sex to be attracted to its kind. Thus, we see boys, as girls, playing with one another mostly. Sex prejudices will now crawl in like a snake to disturb the paradise of childhood oneness.

At puberty, helped by psychological and physical changes that children undergo, each sex now becomes fully conscious of its identity. Stimulated to amorous frenzy by these changes, girls are often advised to avoid boys because of the unexpected. Determined to enjoy all the fantasies of adolescence, the growing youngsters, despite all efforts to shield them from one another, still “enjoy” one another.

Now, moving into conscious young adulthood, the boys will now like to stay close to their fathers as the girls are naturally attracted to their mothers. A methodical father will now undertake to teach the son(s) the ways of the community: relevant histories, their possessions, masculine stories that praise heroism and despise effeminate degeneracy. As the son (s) grows to marriageable age, he will undertake to teach him the virtues that a man must look for in a woman he intends to marry. On the part of mothers, they undertake, in a nutshell, to teach their daughters the requirements of sound motherhood.

There are many reasons that suggest that motherhood is the crown of womanhood. This is not just motherhood, but blended with the right spiritual disposition. As soon as young girls come of age, they are agitated with the thought of getting married to the right man. To most of them, their wedding days are usually the happiest in their lives, not the day they gained admission into higher institution or recorded some epochal achievements. Soon after marriage/wedding, the next urge is to beget children and raise families. You need to see the trauma that accompanies childlessness to appreciate the position of children in our society. With the coming of children, our thoughtless young women assume another responsibility - the upbringing of their children. If the truth must be told, mothers contribute more to the upbringing of children than fathers. Fathers surpass only in families where mothers are acutely unaware of, or incapable of living up to their responsibilities. If you have been part of a typical child's upbringing, from conception to adulthood, you will realize what I mean. It is true that men “Supply” the sperm that fertilizes the ovum for life to begin, but this is often after a process that they usually derive pleasure from. Contemplating the long gestation, the pain of childbirth, and reckoning how many sleepless nights mothers are forced to bear by “troublesome” babies, some of us will revise our judgment of man being the principal party in child rearing, and perceive again the universal dignity of motherhood.

In the great systole and dystole of history, we have seen motherhood honoured in various ways. Among Christians, a Sunday is set apart - Mothering Sunday - for the celebration of motherhood. This is in recognition of the central position of mothers to the stability of the family. Do not remind me of Father's Sunday, it is a patriarchal response to what seemed to the men as matriarchal omnipotence.

Most mothers take activities such as Mothering Sunday as the glorification of motherhood. This may not be far from the truth, but they need to be reminded that it is also a reminder to them of the responsibilities of being mothers. It is all about being mothers in name and in fact. It calls for sober reflection on the part of mothers. Genuine sober reflection, usually involves self-questioning. Thus, Mothering Sunday calls on all mothers to ask questions to themselves such as: “Have I been a responsible Mother? “ “Can I be a responsible mother? “. In what constitute responsible motherhood? The chaos in our country today seems more to be a moral chaos, caused, perhaps, by the weakening of sound and pristine values. Children of these days are brought up in such a way to regard insolence and waywardness as a show of manliness. Respect for elders is now in short supply. Our institutions of higher learning are now populated by peculiarly deluded youths who only understand the language of violence. The dress code of contemporary youngsters disrespects all sense of decency, as it is aimed at arousing even stones to amorous gallantry. Looking at the moral situation of our society with perplexity, the “Perplexed” is wont to ask: “Who is to blame?”

Since the upbringing of the child is more the responsibility of mothers as dictated by their closeness to their children more than fathers, mothers are mostly to be blamed. Most of them, considering their disposition, are eminently unsuited for the dignity of motherhood in many respects.

Let us look at mothers that are shorn of morals. Some not only leave their husbands to live in brothels, they go ahead and raise children in these brothels. Raised in the midst of vices and debauchery, tell me how these children will not grow up into moral misfits?

To Confucius, example is the best form of precept. It is not enough for mothers to tell their children to do this or that, but do the opposite of their counsel. We mourn the degeneration of the dress code. We mourn the increase of cheating among youngsters. We mourn lack of respect that seems to be in vague among the youth. We mourn the so much vices that have become the trademark of youngsters. But in truth, some mothers stimulate these anomalies by their corrupt examples. The mothers of today are almost always the first to persuade the father to offer bribe for their children to be admitted into higher institutions. Some imbibe the culture of disrespect on their children by being disrespectful to their husbands. An Igbo proverb has it that when the nanny goat chews the cud, the kid watches.

Proper upbringing of a child calls for Spartan motherhood. Brought up in soft and aristocratic ways, the mothers of today handle their children softly to the point of shunning corporal punishment. Time was when bringing up a child was properly regarded as joint responsibility. Children dared not misbehave in the presence of any elder, both known and unknown, for the fear of his lashes. Not anymore!. Our modern mothers have allowed emotional considerations to dethrone their reason. When attempts to correct your neigbbour's child are met with extreme hostility, everybody is now on his guard. Morality suffers.

The foundation of society is a disciplined individual in a disciplined family. For a family to be disciplined calls for responsible parenthood, especially on the side of mothers. It is for this reason that men are called to choose their wives carefully, bearing in mind the character of the woman. We end up having many failed marriages/families because most marriages are concluded for beauty's sake, or huddled up for amorous desires. Marriage is much more than that.

In this day and age, most mothers are forced into marriage because of “scarcity” of men. This is detestable. It is not only the duty of men to choose their wives; women also should choose their husbands. Of two suitors for his daughters hand, we are told, Themistocles chose the likely man in preference to the rich man saying “I want a man without money rather than money without a man.” Let this be a guide to our young girls.

Motherhood is dignified, motherhood is sacred, and motherhood is worthy of celebration because of its importance to the moral fabric of the society. But are you a worthy mother? Do you merit our praises because of your forthrightness? For our society to regenerate morally, mothers have an important part to play. “There is no worse evil” Euripides wrote, “than a bad mother; and nothing has ever been produced better than a good one.”