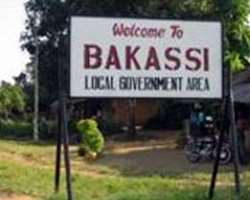 SAN FRANCISCO, April 11, (THEWILL) - Vice President Namadi Sambo, Thursday, gave a marching order to the Presidential Committee on the displaced Bakassi people to come out with its report unfailingly this month, promising that funds will be provided to enable the committee achieve the task.

This came as the Federal Government resolved to resist further unprovoked attacks on Nigerians in the Bakassi Peninsula.

Minister of Interior, Comrade Abba Moro, who stated this when speaking with State House correspondents at the close of a Presidential Committee meeting on the displaced Bakassi people, said a report of what happened to the hapless Nigerians had been submitted to the government and was being looked into with a view to taking appropriate steps.

At the meeting , Vice President Namadi Sambo , directed the Committee to file its final report this month on the relocation of the Bakassi people.

Sambo , who also condemned attacks on Nigerians in the Peninsula by the Cameroonian gendarmes, said all the issues regarding the fate of the peninsula and its estranged people must be quickly, addressed, tentatively before the end of August, thus necessitating the need for the quick submission of the report.

He advised that the report should include time frame to guide government on what to do as the committee has four months left to conclude everything concerning the plight of the Bakassi people.

He told the committee that funds would be made available to them to discharge their duties accordingly.

Earlier, the Deputy Governor of Cross River State and Chairman of the Presidential Committee, Efiok Cobham , had commended the efforts of the government to address the plight of Bakassi people.

He stressed the need for the Committee members to visit Bakassi and to ascertain the area where the people want to be resettled.

Moro had disclosed that the final report of the committee would be ready soon, pointing out that the displaced Bakassi people would find succour in the recommendations of the committee, which would be implemented by the Federal Government.

The Minister stated that the Federal Government was working closely with all stakeholders, including the affected State Governments in finding lasting solutions to the plight of the Bakassi people.

He, however urged the victims of the Cameroonian aggression to remain calm as government was determined to ensure their salvation in the face of the court ruling and the Nigerian Government’s acceptance of the situation.

He urged them to be patient and tolerate through perseverance their current travails, assuring that the government was taking every step to ensure their safety in the Peninsula.

“As it is now, as a good player on the international scene, Nigeria has subscribed to the Green Tree Agreement and on our own part as a country, we will continue to abide by the provisions of the agreement.

“For one reason or the other, resulting from little skirmishes here and there, the Cameroonian gendarmes have attacked some innocent Nigerians.

“I think at the moment, we should not be attempting to segment solutions. The present crisis that we find in Bakassi is a Nigerian crisis and Nigerian Government is taking every step in conjunction with State Governments to address the situation.