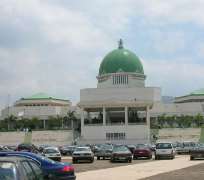 ABUJA, April 11, (THEWILL) - The controversial report of the Peoples Public Sessions of the Review of the 1999 Constitution conducted by the House of Representatives has been slated for presentation to the public next week Thursday.

This is even as doubts continue to trail the report following allegations that the original document was doctored during the collation exercise by elements in the House ad hoc committee on the review of the constitution led by deputy speaker, Hon. Emeka Ihedioha and representatives of the various interest groups.

Recall that the presentation of the report was earlier scheduled for Thursday, January 31, 2013, but was postponed under controversial circumstances.

While the House had explained that the postponement was to "allow Honourable Members more time to verify that the results reflected the voting in their various constituencies", Civil society groups and the National Association of Nigerian Students (NANS) alleged that the report was doctored.

There were allegations that although most of the 360 federal constituencies had voted for the retention of the four-year renewable term for president and governors, some people were bent on smuggling a tenure elongation clause by surreptitiously inserting a single term of 7 and 5 years as the outcome of the public sessions.

The issue of financial autonomy for local government councils was also said to be causing ripples within the committee and leadership of the House. While the House and majority of the constituencies are said to have voted for it, the Nigerian Governors Forum (NGF) is opposed to the proposal.

A statement from the secretary of the committee, Chinedu Akabueze Thursday said, "The collated results of the sessions which held on 10 November, 2012, will be presented at a ceremony to be held at the House of Representatives and to be presided over by the Speaker of the House, Hon. Aminu Waziri Tambuwal"

Others invited are the chairman of the Academic Staff Union of Universities, ASUU; national chairman of NULGE; national president of NANS and members of the civil society groups.