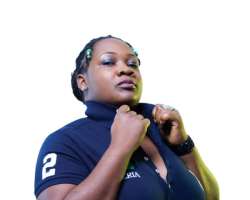 Popular comedienne, Damilola Adekoya otherwise known as Princess, will marry her heartthrob in May. The wedding is coming barely three months after her younger sister, Yetunde, married in February 2013.

A family source told Nollywoodgists.com that Princess and his lover simply identified as Ade will exchange marital vows on May 8, 2013, which coincidentally is her birthday.

Before her sister's wedding in February, both have been living together. The source claimed that Princess' sister's marriage may have forced the comedienne to think about marrying in May due to an alleged boredom.

The family source who begged not to be quoted divulged to us that pressure to get married may also have forced the marriage in May.