WOMEN!!! WHY WASTE YOUR TIME (YOU DON'T NEED A BOYFRIEND) 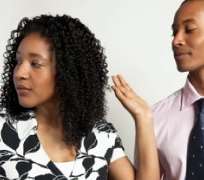 Every relationship has its aim, goals and aspirations, but most people despite the fact that they know what they want from the onset keep falling into the danger of heartbreak and rejection thereby destroying their future and wasting time with someone they know won't ordinarily fulfil those dreams.

We go into relationships with the hope of getting married to that person we claim to love but in the long run we choose to waste our time even when we know that those dreams won't be fulfilled.

A woman in her twenties is ripe for marriage from all indications, but it never cease to amaze me that despite this fact you still find such women talk of boyfriends instead of husbands, they pray to have boyfriends and because they fail to set out a clear goal for themselves they feel a boyfriend is just what they need.

When you come across a guy if the goal you set out for yourself is that of finding a husband, the moment you sense the guy is coming with a boyfriend attitude there's no point trying to see what he's up to,it simply shows both of you are not on the same page at that point the best thing to do is to let him go, failure to do so will amount to you wasting your time with someone that isn't ready for what you want and leaving you hurt in the end.

When women go into such union knowing fully well that they are not on the same page they later turn to complain that men are all the same forgetting that what brought them that hurt is because they never defined what they wanted in that relationship.

Does it make sense to you if a guy wants to get married and you are not ready deep down or the goal you are setting is not towards that direction don't you think he's just wasting his time with you.

I know many of you will ask how would you know he's serious for marriage but the truth is this if you have a clear agenda before going into any relationship the signs will always give you the answer. No woman in her thirties with her right senses will pray for a boyfriend,but the truth is this, this is what they should have done when they were much younger but because they fail to realize that they've gotten to that marriage able age they stick to having a boyfriend rather than seeking for a husband thereby wasting precious time on baseless relationships.

If you're a woman in your twenties do away with boyfriends set a goal for yourself, seek for a husband and when a guy comes around and he's coming with a boyfriend attitude let him go,so you won't have to come blame your stupidity on love saying words like all "men are the same"

All men are the same to you because the reason you need a man in your life are the same are this is because you keep failing to understand what you need at your age.

Boyfriend and girlfriend issues should be left to teenagers the moment you fail to realize that you've out grown that age the more problem you keep having in finding a husband since your reasoning is still like that of a child.

Don't waste your time hanging out with kids when you shouldn't be doing so.

"Finding a husband is not as difficult as you think but knowing the right point when you should start seeking for one is".

Most women have made this mistake which has led them to that stage where age is no longer on their side and all they could pray for is just any man to propose,desperation then sets in and immediately they come across any man they hold on to him tight with the thought of if they allow him slip away they might never find another one just because age is no longer friendly to them, this is what they should have done back then when they have that golden opportunity but they never realize it back then and that is what has brought them to this mercy state.

LOve is beautiful and all men are not the same,all you need is realize what you want set your goal and work towards achieving them.

(2) YOU CAN NEVER BE IN A RELATIONSHIP WITHOUT HAVING SEX

Some people will buy into this idea but still question the rationale behind it; some people might say they've seen it happen in the course of reading this but has it really happened?.

Now ask yourself can you be in an intimate relationship without engaging in any of this?

If you say yes, then it means you are not in an intimate relationship because the love you have for your partner will cause you to have feelings which brings about intimacy.

Now again ask yourself is it possible to be in an intimate relationship without lusting after your partner in your heart the answer is no.

Saying you and your partner have both agreed not to have sex in your relationship does not make sense it only shows how misinformed you are or have been.