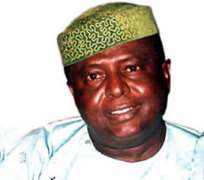 President Jonathan, in a statement signed by the Presidential Adviser on Media and Publicity, Dr. Reuben Abati, described Awolowo’s death as sad and painful, noting that he was a distinguished evangelist, humanist and community leader.

“The President described the late Chief Oluwole Awolowo as a worthy and honoured member of the Awolowo dynasty who diligently served God and humanity to the best of his abilities.

“President Jonathan commended Chief Awolowo’s steadfast, life-long commitment to upholding, maintaining and continually improving the Tribune newspapers which ensured that the Nigerian Tribune and its sister publications have remained an objective voice of reason in Nigeria’s media space and continue to offer invaluable services to the nation.

‘“It is not a mean feat to have sustained the Tribune newspapers over the years,” the President said in praise of the late scion of the Awolowo family.

“On behalf of himself, his family and the Federal Government, President Jonathan extended heartfelt condolences to Chief Awolowo’s immediate family, the matriarch of the Awolowo family, Mrs. Hannah Idowu Dideolu Awolowo, other family members, the Ikenne community, the management and staff of Tribune newspapers, as well as the people and government of Ogun State.

“The President prayed that God will console the bereaved and grant the soul of Chief Oluwole Awolowo peaceful rest,” Abati said in the statement.

On his part, former Vice President Atiku Abubakar condoled with the family of the late first Premier of the defunct Western Region, Chief Obafemi Awolowo, over the death of its eldest son, Chief Oluwole Awolowo.

A statement from the media office of the former Vice President described the late Awolowo as a peaceful person, who did his best to keep the kite of Awolowo's heritage flying through decades after the death of the late sage.

Atiku noted that the death of Chief Oluwole Awolowo is a loss not only to the Awolowo family, but also to all the supporters of the late sage himself.

He described the deceased as a man who was at peace with his God and fellow humans, a demonstration of a modest life that he lived.

"Decades after the death of his father, Chief Oluwole Awolowo did his best to keep the kite of the African Newspaper of Nigeria, publishers of the Nigerian Tribune flying. He will be remembered as a man of peace, who was committed to his family,” the Turaki Adamawa added.

He prayed that the Almighty God would grant the Awo family particularly its matriarch, Chief (Mrs) HID Awolowo the fortitude to bear the loss.

Oyo State governor, Senator Abiola Ajimobi, in his condolence message, described the passage of the only surviving male child of Chief Obafemi Awolowo, as shocking and a great loss to Yorubaland.

In a statement issued in Ibadan, the state capital, by his Special Adviser on Media, Dr. Festus Adedayo, the governor said: “Chief Oluwole Awolowo’s passage, shortly after the demise of his sister, Mrs. Ayo Soyode, is a great blow to a Yorubaland which will not forget in a hurry the footsteps of development and leadership offered the South-West and indeed Yorubaland by their father and the father of us all.

“He was a jolly good fellow who desired the good of the Yoruba nation and who worked for a return to a path of peaceful nationhood.”

While commiserating with the matriarch of the Awolowo family, Chief (Mrs.) HID Awolowo, on her son’s death, Ajimobi urged her to take solace in the several number of lives touched by Wole Awolowo within the period of his existence.

“Though shocking and irreparable, his death should not be turned into mourning but a celebration of the great time he spent here on earth. He was one son of a famous leader who demystified wealth and status by associating with the lowly. He drove himself all through, no matter how long the journey was and enjoyed lifting the children of the poor,” the statement said.

Ajimobi also commiserated with the Tribune family and the other siblings of the late publisher, asking them to take solace in the fact that Chief Awolowo’s death is a wake-up call on all mortals to live an accountable life and for every human being to be mindful of the kind of testimonies that the living will give about them at their passage.