Oil In The North: FG Provides $100m For Exploration 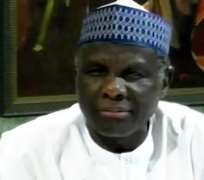 The Northern Economic Summit (G-20) has disclosed that the federal government has provided the sum of $100 million in 2013 to facilitate the exploration activities for oil and gas in the region.

The areas where such explorations are ongoing include the Chad Basin, Benue Trough, Bida basin, and Sokoto-Rima basin, among others.

Chairman of the Northern Economic Summit and former minister, Professor Jerry Gana, who gave a progress report of action taken on economic development issues by the group since its 2011 summit, said that the money would be used for continuous assessment of hydrocarbon resource potentialities of the seven inland basins in Nigeria.

“In 2011, NNPC had, through its technical consultants, concluded the search, evaluation and identification of capable Airborne Geophysical Survey companies for hydrocarbon exploration of the inland basin of Nigeria,” the professor said.

Gana said that government had concluded the necessary arrangements to award the contract for airborne gravity, magnetic and electromagnetic exploration surveys of the seven inland basins in the country

On hydro-electric power project at Zungeru and the Mambila plateau, the chairman remarked that government had included the Mambilla power project among the projects to be supported under the NIPP/NDPHC programme, noting that there are many ongoing generation, transmission and distribution projects designed to improve power supply in the northern part of the country.

“It is important to note that government has awarded the 700 megawatts Zungeru hydro-power project at the cost of $1.2 billion (N170 billion). Ground breaking ceremony will be performed in April 2013,” Gana said.

The chairman further remarked that the Kashimbila Dam had reached advanced stage of construction, while Gurara Phase 1 had been completed.

On the Mambilla hydro power project, Gana said that the Memoranda of Understanding (MoU) for the construction works had been signed with two Chinese companies at a construction cost of $6.4 billion, while the bidding process and financing arrangement is scheduled for the first quarter of 2013.

The summit also urged the Book Haram sect to embrace dialogue in order to foster peace in the northern region as development can only thrive under a peaceful atmosphere.