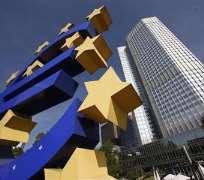 The messy deal to bail out Cyprus has averted the latest threat to the break-up of the euro but at the cost of raising new questions about the single currency's long-term viability.

Savers in other euro zone banks appear so far to be taking the freezing of balances over 100,000 euros in Cyprus's two biggest lenders in their stride. Perhaps they judge that events in a tiny, far-away island with outsize banks and a reliance on deposits from Russian oligarchs hold little relevance for them.

Yields on Italian and Spanish bonds held broadly on Monday, reflecting a belief that the European Central Bank's promise to buy struggling euro members' bonds if need be - a program known as Outright Monetary Transactions (OMT) - will prevent a spillover from Cyprus.

"This certainly plays into the hands of northern European creditor countries, who have long taken the view that fears of contagion, in particular post-OMT, are wildly exaggerated," said Nicholas Spiro of Spiro Sovereign Strategy in London.

"For the time being there is no contagion: the markets, rightly or wrongly, still believe in the credibility and effectiveness of this bond-buying scheme."

Although big outflows from Italian or Spanish banks were unlikely, Spiro said the troika of the International Monetary Fund, the European Commission and the ECB had set a dangerous precedent by initially agreeing to tax Cypriot deposits below the European Union's 100,000 euro guarantee threshold.

European central bankers in private, and German banks in public, expressed confidence that the repercussions of Cyprus's bailout would be contained.

"The banking sector in the country was too large and did not have a sustainable business model. Cyprus should thus be regarded as a one-off case, and is therefore not comparable with other European countries," said Andreas Schmitz, president of the BdB association of German lenders.

But Lena Komileva, who runs the consultancy G+ Economics in London, said the terms of Monday's early-morning agreement in Brussels sent an unfortunate signal: a euro in a bank in Cyprus is not equal to a euro elsewhere in the euro zone.

"This is... a systemically important deal for the future of the euro zone banking union, or rather the lack of it, which carries implications for Spain in 2014," Komileva said.

BOND BUYERS BEWARE
The bailout is also evidence of an increasingly hard line being taken with bond holders in failed euro zone banks.

Weeks after the Irish government agreed to repay guaranteed debt in Anglo Irish Bank when it was liquidated, senior bondholders in Popular Bank of Cyprus, also known as Laiki, will be wiped out, while those in Bank of Cyprus will have to make a contribution, officials said.

How big depositors and bond investors in other vulnerable euro zone banks would react post-Cyprus in the event of a new shock thus becomes the latest ‘known unknown' in the four-year-old euro zone debt drama.

The crisis in Greece fanned fears of contagion to the likes of Italy and Spain, touching off a deposit flight to safe-haven banks in Germany and other hard-money northern European states.

The result has been a fragmentation of the money and banking markets across the euro zone that the Cyprus bailout can only prolong and possibly intensify.

For example, despite the soothing effect of the ECB's bond-buying pledge, the interest rate in January on new one-year business loans under 1 million euros was 2.8 percent in Germany but 6.7 percent in Portugal.

The ECB's declared priority is to repair the monetary policy transmission mechanism so that its easy-credit stance is diffused to all 17 members of the euro, not just a few.

The policy has been working insofar as cash imbalances between the north and the south of the single currency zone have gradually fallen since ECB President Mario Draghi promised last summer to do whatever it takes to save the euro - a pledge that spawned the OMT program.

The danger now is that this process will stall because of the spillover from Cyprus, keeping bank lending interest rates high and thus deepening the recession in southern Europe.

Speaking in Lisbon last week before the Cyprus deal was struck, Portuguese economists and brokers expressed dismay that euro zone policymakers were gambling with depositor confidence - even if Cyprus's circumstances were special.

"The European Union should be aware of the risks that peripheral countries are facing. Those responsible for decisions like this one on Cyprus should think deeply about the probable consequences," said Paula Carvalho, chief economist at BPI bank.

GROWTH, AUSTERITY AND SOLIDARITY
Joao de Deus, a senior sales trader with brokers Dif in Lisbon, said there was no guarantee that the crisis in Cyprus would be the last flare-up.

For some observers, the Cypriot solution feeds the perception across the periphery that the German-led ‘Northern Alliance' is determined to keep pressing for discipline and austerity in southern Europe, even at the risk of perpetuating a vicious cycle of recession, missed fiscal targets and more growth-sapping budget cuts.

The real contagion risk, therefore, is that the meltdown in Cyprus, which is heading for a deep economic slump because of the destruction of its offshore banking industry, will fan a revolt against the hair-shirt policies demanded by the troika as the price of providing a safety net for euro zone strugglers.

With the exception of Greece, protests in southern Europe against high unemployment and pension cuts have so far been peaceful. But resentment at what many see as a lack of solidarity from Germany is growing.

As such, Alastair Winter, chief economist at Daniel Stewart, an investment bank in London, said Cyprus might eventually come to be seen as the second big step in the break-up of the euro, the culmination of five decades of ever-closer integration meant to banish the specter of another war on European soil.

The first step, he argued, was the rejection by a majority of Italian voters in last month's general election of the orthodox prescription of austerity.

"They had duly noted that the peoples of Europe, even if they no longer want to kill each other, are unwilling to help each other out in times of distress," Winter told clients.