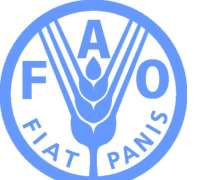 "In many countries, illegal deforestation is degrading ecosystems, diminishing water availability and limiting the supply of fuelwood - all of which reduce food security, especially for the poor," Graziano da Silva said at a ceremony marking the International Day of Forests. "Stopping illegal deforestation and forest degradation would do much to end hunger, extreme poverty and bring about sustainability."

"This is why, I would like to encourage countries to promote tree planting and to consider a Zero Illegal Deforestation target in the context of the post-2015 debate. These two goals should be closely linked. We can achieve positive results if countries, the international financial institutions, the UN, civil society and the private sector join forces to tackle these issues."

The Mediterranean forests are expected to be hard hit by climate change and are under severe pressure from population growth, according to the first FAO report on The State of Mediterranean Forests, also published today. This results in ever-increasing competition for already scarce food and water resources in the region.

Temperatures in the Mediterranean increased by one degree during the twentieth century while rainfall decreased by 20 percent in certain Mediterranean areas. By the end of this century, it is expected that temperatures will have risen by a further two degrees, which is likely to put some forest species at risk of extinction and result in loss of biodiversity.

Population growth is expected to rise from around 500 million people currently living in the Mediterranean to 625 million by 2050. This will put additional pressure on forests as sources of food and water.

The situation differs across the region. In the northern Mediterranean countries an abandonment of forested lands has led to a dramatic increase in the incidence of forest fires. In the southern Mediterranean, population growth has led to forests being overgrazed or lost to agriculture and urban expansion. In both cases, the result is deforestation and forest degradation, exacerbated by the impact of climate change and economic crises. New collaborative strategies are urgently required to sustainably manage these fragile and vital ecosystems, the report said. In countries like Turkey or Tunisia, where the political will has been strong, forest area has recovered significantly in the past decades.

"The Mediterranean region is undergoing many changes in their societies, lifestyles and climate", said FAO Assistant Director-General for Forests Eduardo Rojas-Briales. "If unmanaged, such changes could lead to negative impacts on livelihoods, biodiversity, wildfire risks, watersheds or desertification. There is an urgent need to regularly assess the state of Mediterranean forests using objective and reliable data and to manage endangered forest resources more sustainably."

Mediterranean forests are a significant carbon sink. In 2010 they stocked almost 5 billion tons of carbon, which represent 1.6 percent of the global forest carbon stock. They also provide valuable ecosystem services such as water and climate regulation, the provision of wood and non-wood products, and biodiversity conservation. The Mediterranean region is one of the world's biodiversity hotspots. There are more than 25,000 plant species in the Mediterranean region, compared with about 6,000 in central and northern Europe.

The report stresses that the value of Mediterranean forests and their vital role in climate change adaptation and mitigation should be recognized at local, regional and national levels. It calls upon governments and foresters to promote the use of wood and non-wood forest products such as cork for long-term carbon storage, and to reinforce the investment potential of smallholders working in wood and non-wood, forest-based industries (pine nuts, esparto grass, mushrooms, honey, etc.).

The report urges foresters to use the variety of forest genetic resources in their silvicultural practices and promote forest species best able to adapt to changing climate conditions.

On a local scale, foresters should also improve forest planning to manage forest ecosystems with the optimal density of trees and to deal with water scarcity, whereas the large scale activities should include systematic forest fire prevention.

Climate change could lead to more frequent and more severe fires, the report warned. Between 2006 and 2010, around two million hectares of forests were affected by fires in the Mediterranean region. Without adequate fire prevention measures, including fire hazard reduction and prescribed fires to burn biomass during the winter season to reduce fuel levels, extreme weather conditions could cause catastrophic forest fire events.

The report was developed by more than 20 scientific and technical institutions and non-governmental organizations and nearly 50 authors and other contributors coordinated by FAO and Plan Bleu, the main support centre of the Mediterranean Commission on Sustainable Development. FAO intends to publish The State of Mediterranean Forests every five years, providing further opportunities to unify and mobilize partners in the management of Mediterranean forests and other wooded lands.

Based on the key recommendations adopted in the Tlemcen Declaration during its high-level segment, the future implementation of the Strategic Framework on Mediterranean Forests could be a useful regional tool to adapt national forest policies in the face of ongoing global changes which are affecting the Mediterranean region.