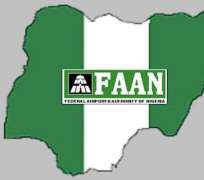 In two separate letters, dated April 19th 2012, and signed by FAAN’s, Yakubu Dati, the regulator said it has informed Bi-Courtney that the leases granted it in respect of the two projects had been terminated as a result of breaches committed by the company in the agreements it signed with FAAN on the two projects.

By the said agreements, the two projects were to be completed in 2008 but FAAN graciously extended the construction period to July, 2009 but Bi-Courtney still failed to complete the two projects at the expiration of the extended period, Yakubu said.

By that termination order, the demised premises, in respect of the two projects, have reverted to FAAN automatically, in line with the terms of the agreements, the statement added.

FAAN said, “Bi-Courtney forcefully and illegally acquired part of the premises belonging to the Murtala Muhammed Airport, School, Ikeja to construct the conference centre, despite loud protest by the pupils and parents of the school. It was these protests that stopped the company from acquiring the entire premises of the school, which Bi-Courtney had planned to take to another location in Lagos.”

However, reacting to FAAN’s statement, the spokesman of Bi-Courtney Aviation Services Limited (BASL), Steve Omolale-Ajulo, said: “Justice S.J. Adah of the Federal High Court, Ikeja Division, had, on April 23, 2012, issued an order restraining the Attorney-General of the Federation, Inspector-General of Police, Managing Director of FAAN and FAAN itself (all defendants in the suit we filed against them) from commencing, continuing and/or completing any actions or permitting the commencement, continuance and/or completion of any actions in respect of taking over possession of and/or interfering with Applicant’s possession of the Four-Star Hotel and the Conference Centre situate at the Murtala Muhammed Airport Terminal Two, Ikeja, under construction pursuant to its letters reference: FAAN/1600/0210213 and FAAN/1600/0210214, both dated April 19th, 2012, or any other letter, instrument or instruction whatsoever pending the hearing and determination of the Applicant’s application for interlocutory injunction.

“The court order, originating motion, affidavit in support, exhibits and the Notice of Arbitration were all served on FAAN and its Managing Director, and received and signed for, on their behalf, by one Mrs. C. Akinola at 11.55a.m on April 24th, 2012.

“So, for FAAN to say it has terminated the projects and taken possession of the land is laughable and a clear disobedience of subsisting court orders. Nigerians should please ignore them, as they are not saying anything new. “Like they themselves admitted in their latest statement, they first issued the statement purportedly terminating the two projects on April 19, 2012.

“As it is usual with them, they have re-issued the same statement in order to confuse aviation stakeholders and continue to create crises in the sector. Every aviation stakeholder knows that it was the same old statement, issued last year that they have rewritten and presented to the media as a new one to deceive the public. FAAN knows that it cannot terminate the projects because of the court injunction. There are consequences for such an action.”