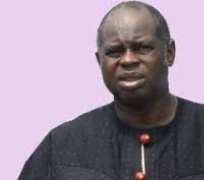 The race for the presidency in 2015 has already begun, and if you are in doubt you only need to take a look at what is happening inside the ruling Peoples Democratic Party (PDP), and what President Goodluck Jonathan is doing with the presidency.

For a start the PDP is in disarray, no thanks to Jonathan's ambition of a second (or is it third) term in office. Against common sense and good political acumen the President has picked quarrel with the soul of the PDP in the south west and is also at daggers drawn with party leaders and some state governors in the south-south region where he hails from and which is supposed to be his home base. His support in the north is tilting towards zero while nobody could say for sure on whose side the middle belt would be in 2015.

And as if these are not enough problems for Jonathan, the President is also picking quarrel with the international community over the stupid decision of the National Council of State to grant state pardon to those who stole public funds like his benefactor and former governor of Bayelsa State, Chief Diepreye Alamieyeseigha.

The United States in particular has spoken against the decision to pardon Alamieyeseigha, expressing deep disappointment at the decision describing it as a setback in Nigeria's fight against corruption. The pardon announced last week and which covered alleged coup plotters against the military regime of one time Head of State, the late General Sani Abacha, also drew a lot of flak from the general public in line with the US criticism.

Jonathan or rather his presidency, displaying a new found nationalism saw the American position as an undue interference and meddlesomeness in the internal affairs of Nigeria, since our president was acting within the confines of Nigerian laws by the granting of the pardons. What a stupid argument. The Presidency even had to call in the US deputy Chief of Mission James P. MacAnulty to protest the US position which came via two short tweets published by the American embassy in Abuja.

Now the Americans with their zero tolerance for corruption and related activities, we are told, are considering a whole range of actions to be taken against the Jonathan government. These could include US visa denial to some key officials of the administration and may be their families too. This could spark tit for tat retaliation from Nigeria and before you know it, the cordial relationship between both countries could be put into jeopardy with the likelihood that Nigeria could become a pariah among countries that matter around the world if care was not taken. This could throw us back to the Abacha era when Nigeria was virtually ostracized because of the policies of the then Federal Military Government. Do we need to travel this route again?

If one may ask, why should Jonathan risk all the goodwill that Nigeria is beginning to garner around the world just to free his godfather and benefactor from a self inflicted injury? I am sure in the United Kingdom where Alamieyeseigha jumped bail the matter has not been forgotten. So if tomorrow the man finds himself in the UK or any country with extradition treaty with the British and he was apprehended and flown to London to face the law, what would be Nigeria's reaction?

Jonathan may have satisfied and discharged his obligation to his kinsman but his action is a terrible blow to Nigeria's quest to be among the best countries in the world where no one is above the law.

As expected, his court jesters have stoutly defended the action and one in particular likened it to the state pardon granted Chief Obafemi Awolowo and Dim Chukwuemeka Ojukwu, both of blessed memories by the Federal Government. We all know why Awolowo went to jail and Ojukwu picked up arms against the Nigerian state. None of the two stole public funds or impoverished their people; Alamieyeseigha did, and the law court said so.

Now the argument that Alams as he is fondly called was instrumental to the bringing about of peace in the Niger Delta region is neither here nor there. The fact remains that he stole Bayelsa's money, jumped bail in the UK and thus impoverished his people and also embarrassed Nigeria. These are criminal acts which I think all his efforts at helping in restoring peace to the Niger Delta are not enough to erase. He knew what he was into when he was filling his pockets with public funds and knew the repercussion. It is bad enough that Alamieyeseigha is not in jail like James Ibori, his co-traveller, but Jonathan has added salt to the injury by pardoning him, thus erasing all his sins and leaving him clean and fit to hold public office again in future if he so desires and his people approve.

Don't be surprised if the President goes the whole hog in Alams rehabilitation project by appointing him a Minister of the Federal Republic, say Minister of Petroleum or Niger Delta Affairs for instance. The PDP Senate would surely confirm him, after all what would the Senators give as their reason for rejecting him if he was nominated by Jonathan. Could this be where Jonathan is headed? And if yes, what would be the reaction of the international community? I am sure the hawks in the Villa will tell him not to mind America and the rest of the western world, after all if the US and co say no, China and Russia are there to support us. But tell me which country had the support of these two nations and survived the onslaught of the rest of the civilized world if and when it comes?

Before the Alams blow and the hammer falls on Nigeria, somebody had better call Jonathan to order and rein in all childish and clannish tendencies because if and when it comes all of us will suffer for it.

But wait a minute. May be there is something we are all missing in this Alams pardon issue. Could this be a sign of a man unsure of his political tomorrow? Like a friend pointed out, may be Jonathan is beginning to see the handwriting on the wall that project 2015 might not be after all and now that he still has the power to pardon his benefactor who stole public funds and was so convicted, he had better do it, even if it is morally reprehensible, because no other Nigerian president, except may be another Jonathan (God forbid) would do it. Can you see what I am seeing?