GOD IS NOT A MUSLIM! HE'S NOT A CHRISTIAN EITHER! 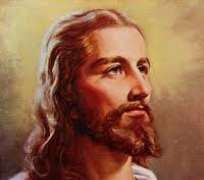 I have observed with strong feelings of embarrassment, the degree to which people can be so enslaved by religion that they would go to great lengths to defend their religious views.

People have been known to mutilate their bodies and engage in other forms of unseemly behaviour in the name of religion.

Some members of a religious sect even go as far as committing such heinous crimes as arson, murder and rape all in the name of religion! How debased can the human mind be to commit such dastardly acts in the name of God! Such is the power of religion to condition people's minds.

As I pondered events surrounding Pope Benedict's resignation and misleading rumours of his subsequent conversion to Islam, I was awestruck at the magnitude of influence wielded by religious personages and religion itself.

A classic illustration of what religion can do to people's minds is a story which recently made the rounds in Nigeria about a baby who was born clutching a copy of the al-Qur'an from the womb! I first got wind of this newson an online forum for university students where I expected the story to be greeted with some scepticism, but to my dismay, the supposed intellectuals fell for it hook line and sinker.

With such comments as “Allah is mighty!” my friends went all the way against every principle of nature to prove that the “supernatural incident” was, among other things, an evidence of the greatness of Allah and a warning of impending judgement to the infidels.

I had earlier read a similar story about a commuter bus being caught in an inferno with everything destroyed and all the passengers roasted to death while a copy of the Holy Bible remained untouched by the fire.

It's amazing how quickly we employ such misguided stories as groundless evidence to support our faith. Religion is indeed the opium of the people! Now, I'm not disputing the fact that such incidents could have happened by chance or careful manipulation, but it defies all sense of justice and truth to attribute them to an act of God.

Perhaps it would have been a more plausible story if the Bible had saved the vehicle from burning and the lives of the passengers from being wasted. Truth be told; the Bible and the Quran in and of themselves are just like any other book. You may not really get the raison d'être of any book simply by reading the letters. To grasp the message, you must understand the spirit of the author.

It is high time we stopped fooling ourselves and subjecting ourselves to needless mental torture by means of propagandist ideas and religious hype. With the heightened awareness of the supernatural world that has characterized the past decade globally, one will have to be either sincerely ignorant or deliberately dishonest to deny the existence of God. But God and religion are not the same! Religion does not make us relevant before God.

True religion is a vital relationship with God which causes His life to be reflected in us and through us as we personify His attributes, the core of which is love. We need not discard logic to substantiate our religion or faith. Faith and logic can actually agree. Our life of faith must be a response to God's power at work in us,not to some fancy mental or emotional footwork by anyone, regardless of who they are.

Philip Amiola is a teacher, writer and a campaigner of empowerment. He writes from Lagos, Nigeria.