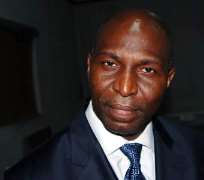 However, a really wise person, as opposed to a self-proclaimed wise man celebrating political lepers, would never have so brazenly insulted a whole President of Nigeria, a Ph.D holder for that matter. But Omatseye, an Itsekiri disowned by his own people and sentenced to a life of sycophancy has never hidden his disdain for the Yoruba people. Whoever knows Omatseye or his godfather should inform him that stoking the fires of war which will consume him and his master is not the best way to fade into oblivion, as he most certainly will.

Interestingly, while virtually all the newspapers in the country celebrated GEJ’s triumph over the forces of Boko Haram, Omatseye’s medium had reported an imaginary after-violence in Kano State due to the visit of the President to Borno and Yobe State respectively. That was media deception and patchiness at its highest, a most absurd despoliation of the tenets of journalism.

The APC Governors, which Sam Omatseye described as “11 wise men” are a band of political marauders who inhabit a world defined exclusively by their own comfort, an infinitely corrupt world of failed political armed robbers and media propagandists. Interestingly, the sycophant of infinite proportions had the impudence to castigate the President for visiting Borno and Yobe State respectively as if the ending insurgencies are based on newspaper opinion!

Nigerians know that President Goodluck Ebele Jonathan is not “a pariah in the story of brotherly love,” where brotherhood is defined by mutual respect and love of the common good. Unfortunately, the brotherhood that Omatseye purveys with arrogant insolence is the brotherhood of Cain, which the Borno and Yobe people whom he does not credit with commonsense, emphatically denounce last week, thrashing the murderers who had boasted that they went to Borno State without fear of been bombed by the Boko Haram riding on the high waves of doggerels written by Omatseye.

He once boasted that he told a student in the US that George Bush was a bad fellow but that he was not believed, but later “one of the students accosted me on campus with a slobbering apologia.’ This is the language of demagoguery, the high horse of failed poets and castrated critics. Death will, of course, take both the king of comedy and its corrupt horseman.

And yet, it was these same political lepers who presided over the liquidation of the Yoruba nation at the House of Representatives, trading the Speakership to a North-West political rebel. Our people say “Ile la ti n k’eso rode,” but these lepers’ charity obviously began from abroad.

Those who betrayed Hon. Mulikat Akande-Adeola, the representative of the Yoruba race for the speakership, are the same set of lepers crucifying President Goodluck Jonathan for not believing in integration! Oh, Yorubaland is perishing; our land is under grievous bondage by people who have borrowed another person’s father’s name, people who had degrees in courses not offered by the universities they claimed to have graduated from.