Avatar dethroned by Dear John at US box office 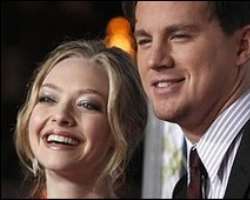 The film, starring Channing Tatum and Amanda Seyfried as lovers whose romance is curtailed by the 11 September attacks, took $32.4m (£20.6m).

Dear John, based on the novel by Nicholas Sparks, had not been expected to surpass the other-worldly epic but performed considerably better than its estimated box office figure of $20m (£12.8m).

It also had a record opening for Super Bowl weekend - traditionally a quiet weekend in cinemas - topping the $31.1m (£20m) debut for Hannah Montana & Miley Cyrus: Best of Both Worlds Concert in 2008.

Another new entry in the top 10 was Oscar-nominated Crazy Heart at eight, starring Jeff Bridges as a hard-living country music singer.

Meanwhile, Avatar has become the most successful film of all time at the UK box office.