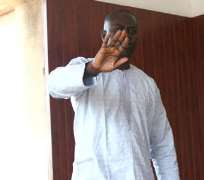 The defendant and his company allegedly obtained the sum of N2,640, 141, 707.75 (Two Billion, Six Hundred and Forty Million; One Hundred and Forty One Thousand; Seven Hundred and Seven Naira, Seventy Five Kobo) being payments obtained from the Petroleum Support Fund for the purported importation of 33.3 million litres of Premium Motor Spirit.

The defendant, who was originally docked on Thursday, July 26, 2012, pleaded not guilty to all the charges.

Osipitan argued the defendant’s case was not a capital offence and that bail could be granted on previous terms but Usani insisted that bail was at the discretion of the judge.

Justice Akinlade, in her ruling, granted the defendant bail in the sum of N100, 000,000.00 (One Hundred Million naira only) and two sureties in like sum. The sureties must posses landed properties in Lagos State and must be resident in Lagos. Sureties, who must have sworn affidavit of means, should provide evidence of three years tax payment to the Lagos State government.